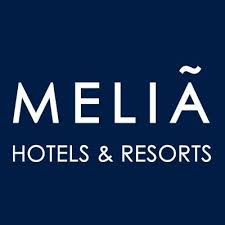 Melia Hotels International today announced the signing of four new properties in Vietnam, which represent its entry into two of the most popular destinations in the country, the financial city of Ho Chi Minh and the tourist bay of Halong.

These hotels will bring the group’s number of current and future properties in Vietnam to ten.

The company aims to consolidate the INNSIDE by Melia and Melia Hotels & Resorts brands, taking advantage of the rising affluence, improved infrastructure and increased flight connectivity of the country, which is a booming tourism hotspot and a priority market for the group.

As the financial and business capital of the country, Ho Chi Minh City is awash with bustling energy and is the main entry and exit point to the country.

A rich historical neighbourhood, with an enticing blend of culture and modernity, all surrounded by colonial-era buildings and wandering back alleys.

The dynamic city offers never ending discovery, with a wealth of ancient temples and traditional markets, alongside high-end boutiques and restaurants.

Amena Residence and Suites, will be under operation of Melia Hotels International from March this year and is scheduled to be renovated and rebranded as Meliá Saigon Central in 2019.

Located on the banks of the Saigon River, the hotel will feature 75 rooms.

In the first phase and a total of 159 rooms upon completion, and boasts a privileged position, just a stone’s throw away from Saigon Opera House, Reunification Palace, Saigon Central Post Office and Saigon Basilica, all major tourist attractions in Ho Chi Minh City.

Offering a variety of dining options, swimming pool, MICE facilities and Melia’s signature THE LEVEL executive lounge, Melia Saigon Central will be the perfect pick for both leisure and business focused guests, offering a wellness sanctuary in amongst the buzz and energy of Ho Chi Minh City.

The INNSIDE Saigon Central will open in 2018 with 72 rooms after the rebranding of the current Amena Suite Hotel Ton That Dam.

Just 150 meters away, INNSIDE Saigon Mariamman will open in 2020 with 115 rooms after a renovation of the current Lavender Boutique hotel to bring it up to the standard of INNSIDE.

Both properties are conveniently situated in the heart of the bustling economic zone, close to the city’s must-see markets, nightlife and shopping malls.

The INNSIDE properties directly target the savvy business traveller with the concept of work tripping by providing the guests with thoughtful amenities, and professional and flexible service, letting them seamlessly switch from work to play.

On the other hand, the Company has also announced the signing of its first hotel in Halong Bay, UNESCO World Heritage Site, thanks to the unique karst elements and islands of various sizes and shapes, which have made this place Vietnam’s most popular destination among foreing tourists.

The hotel will also be within walking distance of one of the new tourist attractions in the area, such as Dragon Park, the largest theme park in Southeast Asia.

Vietnam is quickly emerging as a top travel and business destination and is a big part of our strategic focus for Asia Pacific, said Bernardo Cabot Estarellas, Senior Vice President Asia Pacific of Melia Hotels International.

In addition to our properties in Hanoi, Danang and Phu Quoc, we are thrilled to be bringing the Melia and INNSIDE brands to Ho Chi Minh City and Halong Bay, and growing our offering to our customers in the region.”
Histórico de noticias

Email ThisBlogThis!Share to TwitterShare to FacebookShare to Pinterest
Labels: Melia Hotels and Resorts