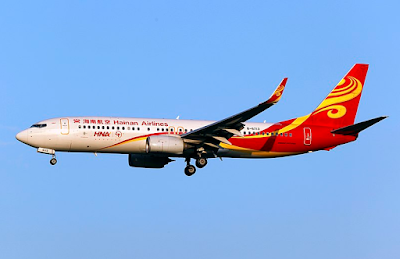 According to the report, 100% of the equity will be transferred to the Beijing Houpu Yunde Investment Management Partnership, which is 99.99% held by Beijing Vanke Enterprise Limited Company, a wholly-owned subsidiary of real estate giant Vanke Group.

The target company, Beijing Guosheng, was newly established by Hainan Airlines in July this year, having an estimated value of 1.739 billion yuan. Its main asset is the Beijing Hainan Airlines Building.

Hainan Airlines is part of HNA Group’s Aviation & Tourism arm. It is not unusual for HNA Group to sell off assets. The Chinese conglomerate sold its original headquarters, Wanghai Science and Technology Plaza, to Sunac China in August.

Meanwhile, Jinjiang International confirmed that it would acquire a 100% stake in the Radisson Hotel Group from HNA Group.

The initial 250 million yuan (US$31.25 million) was financed by the Hainan government (5.33%) and the corporate staff (20%). The rest came from institutional shareholders. In 1996, the provincial airline was renamed Hainan Airlines.

American Aviation LLC, controlled by George Soros, had been a major shareholder of the airline since 1995.

Executive-jet operations with a Bombardier Learjet 55 were added in April 1995. In 1998, Hainan Airlines became the first Chinese carrier to own shares in an airport after it purchased 25% stake of Haikou Meilan International Airport.

In 2000, HNA Group was established and became the third largest shareholder (7.31%) of Hainan Airlines. It also controlled Shanxi Airlines, Chang An Airlines and China Xinhua Airlines. By 2003 Hainan, the main airline, overtook Chang'an as the fourth largest airline in China.

In 2007 Grand China Air was established as the new holding company, when American Aviation became its subsidiary.

The 50-seat ERJ-145s were produced by the Harbin Embraer Aircraft Industry (HEAI) joint venture, located in Harbin. E-190 deliveries began in December 2007. Due to the global financial crisis and huge losses incurred in 2008, the ERJ-145 order was reduced to 25. The E-190 order remained unchanged.

On 25 March 2015, Hainan Airlines announced its intention to acquire 30 Boeing 787-9s, which are all to join the Hainan Airlines Fleet. The delivery of the aircraft is scheduled to be completed by 2021.

Two leased Boeing 787-9 aircraft were delivered in Spring 2016. Hainan Airlines will also be among the first operators of the COMAC C919, with deliveries beginning in the 2020s.

Hainan Airlines and the HNA Group have their headquarters in the HNA Building in Haikou, Hainan with other office premises HNA Tower in focused cities including Beijing, Chongqing, Guangzhou and Shanghai.

It is also possible for passengers to collect miles on Alaska Airlines, Etihad Airways and the airlines which have codeshares with Hainan Airlines.

Members can earn miles on flights as well as through consumption with Hainan Airlines's credit card. When enough miles are collected, members can be upgraded to Elite members which are divided into four tiers: Fortune Wings Platinum membership, Gold membership, Silver membership, and Flying Card membership. Elite membership get extra services.

It serves nearly 500 domestic and international routes and flies to more than 90 cities.

Hainan also received official approval from the US DOT to begin nonstop flights between Beijing and Chicago. As of June 2014, Hainan began servicing Boston directly with a four-times-weekly 787 flight from Beijing Capital International Airport.

It was the first direct flight between Boston and China. The airline began service in the second quarter of 2013 with the Boeing 787 Dreamliner aircraft. It was the first Chinese carrier to offer flights between the two cities. Flights from Beijing-Capital to Chicago-O'Hare began on 3 September 2013.

On 23 October 2015, Hainan announced flights to Manchester, United Kingdom, starting in summer 2016. Hainan announced the launch of a direct route between Beijing and Calgary, Canada, as of 30 June 2016.