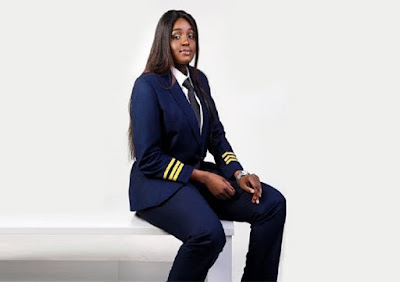 Women in Africa are taking over the skies, and the latest woman to set her eyes on this prize is Amel Ajongo, South Sudan’s second female pilot.

At just 20, Ajongo went to aviation school in Nairobi, Kenya, where she spent two and a half years training.

Ajongo says she ended up as the only woman in her class even though it had started out with eight women in a class of eleven.

Although she successfully completed her courses, she is yet to start piloting as she is working on a different project that might take months.

The daughter of the country’s former defence minister, James Ajongo Mawut, has also encouraged other women not to limit themselves and continue to work harder to achieve their goals.

Ajongo now joins the ranks of the first female pilot of South Sudan, Captain Aluel Bol, who made history in 2011. She had worked at Ethiopian Airlines and Fly Dubai before joining Delta Airline. 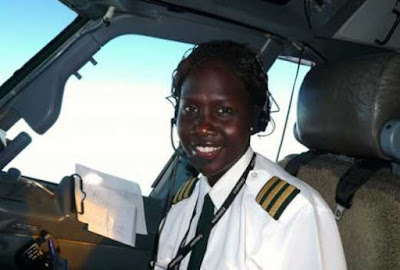 The first South Sudanese pilot, Captain Aluel James Bol is on a history making spree after she became a pilot at Delta Airlines, a leading global airline company.

Captain Aluel first made history in 2011 when she graduated as the first female pilot in the whole of Sudan.

"I feel extremely delighted especially at the mere thought of achieving my dream. As a child growing up, I always wanted to be a pilot and my late dad made sure that he did all what it takes to make me succeed,” said the 34-year old from Lakes State at a State reception held in her honour.

The reception was also used as a platform to encourage Sudanese women to ‘get out of the kitchen and fly high.’

Aluel worked with Ethiopian Airlines after graduation and later Fly Dubai where she was a first class pilot.

After her stint at Ethiopian Airlines, she took up an advisory role with the Ministry of Transport and Roads in South Sudan government.

Aluel got her aviation training in the United States through the support of her government.

She is the daughter of the late Justice James Bol.