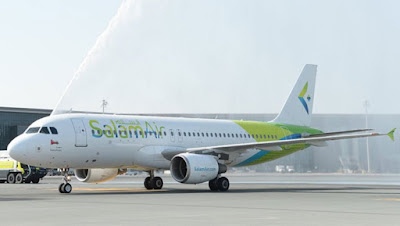 SalamAir is a low-cost airline from Oman headquartered and based at Muscat International Airport.

Salam Air is owned by the Muscat National Development and Investment Company (ASAAS) which won a government tender in January 2016.

Founded in 2014, ASAAS is a partnership between the State General Reserve Fund, Muscat Municipality, and various pension funds. Oman's Public Authority for Civil Aviation (PACA) had invited bids in 2015 for a low-cost commercial airline operator in Oman.

The airline commenced flights between the Omani cities of Muscat and Salalah from 30 January 2017, SalamAir flew the Muscat–Dubai route, the airline's first international service, on 28 February 2017.

It initially served Dubai World Central but the service has switched to Dubai International Airport on October 2017. Since opening, Salam Air started operations to Jeddah, Madinah and Ta'if in KSA, and has also launched flights to Karachi, Multan, Sialkot and in Pakistan.

Qatar is planned to be the third country the airline will operate to flying Hamad International Airport.

As of March 2017, Khalid Al Yahmadi held the chairman position. As of July 2018, the CEO position is held by Mohammed Ahmed