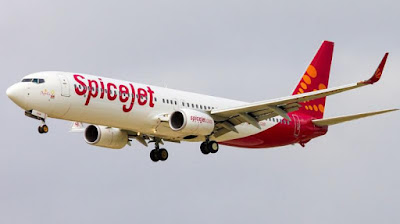 SpiceJet's outstanding towards landing, parking and route navigation charges increased to a large extent between September and October when oil prices went sharply up and rupee depreciated rapidly.

The Airports Authority of India (AAI) has asked SpiceJet to make quick payment of around Rs 28.5 crore immediately in order to reduce the outstanding dues, which currently stand at nearly Rs 115 crore.

SpiceJet's outstanding towards landing, parking and route navigation charges increased to a large extent between September and October when oil prices went sharply up and rupee depreciated rapidly.

Rs 20 crore amount was paid. They have been making a payment of Rs 2.5 crore every day, out of which Rs 2 crore will cater to their regular monthly payment and balance to reduce the outstanding dues. We are hopeful that by March, this outstanding amount will come down substantially.

SpiceJet said that all its payments to the AAI are being made as per the schedule agreed upon by the two. There has been no default. SpiceJet remains firmly committed to all its obligations, a SpiceJet spokesperson said.

The airline will make another fast payment by the end of December, however, the exact figure will be decided considering the shortfall at that point of time.

The airline's billings on an average amount to Rs 60 crore on a monthly basis for these services. As per the normal operations at the AAI, officials said that an airline can maintain dues equivalent to half of its security deposit. For SpiceJet, this would come to around Rs 60 crore against a security deposit of Rs 120 crore.

The AAI manages a total of 125 airports, which include 11 international airports, 8 customs airports, 81 domestic airports and 25 civil enclaves at defence airfields.

On an average, SpiceJet operates 416 flights daily to 57 destinations, of which 49 are domestic and eight are international. The airline’s fleet consists of 37 Boeing 737 MAX and NG jets and 23 Bombardier Q-400s.