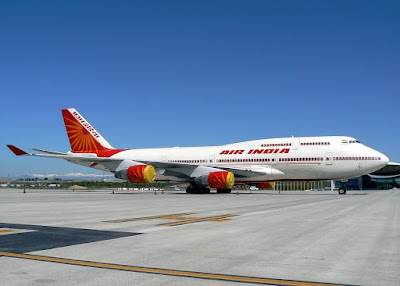 It’s over four years since India’s Tata group went back into the country’s aviation sector.

In 2013, after staying on the sidelines for over six decades, the salt-to-software conglomerate returned to India’s aviation sector through two joint venture (JV) partnerships with Malaysia-based AirAsia Bhd and Singapore Airlines.

The Tata group had founded Air India (AI), then Tata Airlines, in 1932, which the Indian government took control of in 1953. Ever since, the group had stayed out of the airline business.

Now, it is eyeing a bigger slice of India’s aviation pie. On Oct. 10, chairman N Chandrasekharan said that his group would consider acquiring the beleaguered national carrier Air India.

This isn’t the first time that the Tatas have shown interest in AI, currently India’s fourth-largest airline by market share. In 2000, the group partnered with Singapore Airlines to bid for a 40% stake in the company, but the plan didn’t materialize as Singapore Airlines withdrew.

We will definitely look at it (AI), Chandrasekaran said. We still don’t have all the details. Every business proposal will be very seriously looked at and we will look at that (AI). Definitely.

But currently we don’t have the data there are so many different groups within Air India, and then there is real estate, there is debt, there is liabilities, and we got to look at all of that but we will definitely look at it.

The $103 billion Tata Sons’ interest in AI could have stemmed from the lacklustre showing of AirAsia and Vistara. Together, they have a domestic market share of only 7.6% with a fleet of 29 aircraft. This is significantly lower than market leader IndiGo’s 38% with 138 aircraft.

We need to look at aviation as a whole, Chandrasekaran said. We are subscale. We got two airlines both are subscale. Any decision that we take—Air India or otherwise—we have to have a story because we can’t be operating with 15 aircraft or 20 aircraft.

The Tata group owns 51% of Vistara, with Singapore Airlines in control of the rest. In AirAsia India, it owns 49%, while the rest is held by Malaysia’s AirAsia Bhd.

Over the past few years, both Vistara and AirAsia India have been looking at international operations but have been held up by regulatory hurdles, hampering business and profitability.

India’s aviation norms require an airline to deploy 20 aircraft, or 20% of its fleet, on domestic routes before it can take off on international routes. Vistara and AirAsia India have only 16 and 13 aircraft respectively.

You have got to give them time as far as their investments in AirAsia India and Vistara goes, Mark Martin, founder of Martin Consulting, an aviation consultancy based in Dubai, said about the Tata group’s investments in the aviation sector.

But, if and when Air India is bought out by Tata, it would be one massive and mega monolithic turnaround for the airline because the Tatas are the only people capable of turning around such an airline.

Buying AI will give the Tata group access to a sizeable fleet that can operate both at home and abroad. The government airline flies to nearly 41 international and 72 domestic destinations.

It is also India’s single largest international carrier with a 17% market share of the overseas routes from the country and operates 119 aircraft. But, bogged down by debt following an ill-advised merger in 2007, it has been struggling for survival.

The Tata group’s core strategy currently involves building a strong brand globally. And what better than an airline that flies to every part of the world, particularly the Americas and Africa? That’s the opportunity Air India brings to the table for the Tatas, Martin said.

India is currently the world’s ninth-largest aviation market. Domestic air travel is expected to grow 9.5% annually between 2011 and 2031, according to aircraft maker Airbus. Currently, only about 2% of India’s population uses airlines, providing a massive opportunity to expand the market.

The prospects for Air India’s privatization seem to be going from bad to worse.

Days after India’s largest airline IndiGo declared that it lacks the capability to turn the country’s state-run airline around, the private player’s closest competitor by market share, Jet Airways, pulled out of the race.

We welcome the government move to privatise Air India. It is a bold step. However, considering the terms of offer in the information memorandum and based on our review, we are not participating in the process, Amit Agarwal, Jet Airways’ deputy CEO said

Earlier this year, Ajay Singh, chairman of low-cost carrier SpiceJet, had also told CNBC-TV18 that it is too small to bid for the Maharajah.

With three heavyweights out, few aviation space players remain in the race for Air India. And all eyes are now on the airline’s founder itself: the Tata Group.

Last year, Tata Sons chairman N Chandrasekharan had made his group’s interest known when he said it would definitely look at buying Air India.

I do not think any player in India, apart from the Tata group, has the management ability to turn around an airline like Air India. Tata also has the strategic leadership, financial foresight, and consumer connect to drive traffic, said Mark Martin, head of aviation consultancy firm Martin Consulting.

The group, he said, can either individually bid for Air India, or form a consortium with a foreign airline.

The Tata group, India’s largest diversified conglomerate, had total revenues of around Rs673,350 crore ($100 billion) as of financial year 2017.

It went into aviation in the 1930s with the launch of Tata Airlines, which was later nationalised and rebranded as Air India. In 2014, it partnered with AirAsia Behrad to launch AirAsia India. A year later, its joint venture with Singapore airlines, Vistara, took flight.

If the Tatas, too, opt out, government will have to look for alternatives.

One option could be one or more foreign airlines teaming up with Indian financiers, Martin explained. Airlines like Qatar airways can partner with private equity firms, for instance, and bid for Air India, he said.

A foreign airline can only have up to a 49% stake in Air India, with ownership and effective control of the airline resting with an Indian entity.

However, some experts believe the sale terms need to be overhauled.

The government may have to reconsider separating the domestic operations from the ground-handling services and international operations, Dhiraj Mathur, partner at PwC India said.

Additionally, low-cost players do not necessarily want to enter the full-service airline business, Mathur said. Therefore government will likely have to change the terms if it wants Indian players to participate.

Air India is the flag carrier airline of India headquartered at New Delhi. It is owned by Air India Limited, a government-owned enterprise, and operates a fleet of Airbus and Boeing aircraft serving 94 domestic and international destinations.

The airline has its hub at Indira Gandhi International Airport, New Delhi, alongside several focus cities across India. Air India is the largest international carrier out of India with an 18.6% market share.

Over 60 international destinations are served by Air India across four continents. Additionally, the carrier is the third largest domestic airline in India in terms of passengers carried after IndiGo and Jet Airways with a market share of 13.5% as of July 2017.

After World War II, it became a public limited company and was renamed as Air India. On 21 February 1960, it took delivery of its first Boeing 707 named Gauri Shankar and became the first Asian airline to induct a jet aircraft in its fleet.

In 2000–01, attempts were made to privatise Air India and from 2006 onwards, it suffered losses after its merger with Indian Airlines.

Air India also operates flights to domestic and Asian destinations through its subsidiaries Alliance Air and Air India Express. Air India's mascot is the Maharajah (Emperor) and the logo consists of a flying swan with the wheel of Konark inside it.