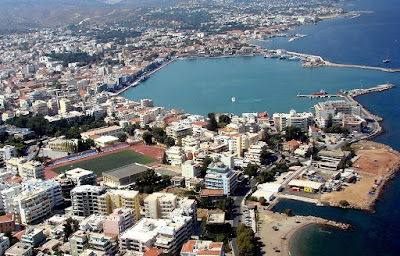 The five Aegean islands that have received the main burden of refugee flows, will maintain their special tax status for another six months, the Greek Finance Ministry said on Tuesday.

“The government, in recognition of the particular problems faced by the islands, has agreed with the institutions to extend the measure of reduced value-added-tax (VAT) rates for Lesvos, Chios, Samos, Kos and Leros until June 30, 2018,” the ministry said in an announcement.

Moreover, the ministry said that islanders on the rest of the Greek islands, which will lose the special VAT status as of 2018*, by the end of the year will be granted an extraordinary social compensation on the basis of social and economic criteria.

The process of implementing this measure will be announced directly by the ministry.

The abolition of reduced VAT rates from the Greek islands is a demand of Greece’s international lenders. The measure, first introduced in 2015 to gradually take effect on the Greek islands, had been suspended once again for the aforementioned islands in 2017.

As of January 1, these islands will see the new VAT rates will go from the current 5 percent, 9 percent and 17 percent to 6 percent, 13 percent and 24 percent, respectively.

As a result, increases will be noticed in prices for medication, hotel stays, books and magazines and basic food items.

Meanwhile, Eight billion euros worth of hotel investments will be materializing in the coming years on the back of soaring tourism arrivals, aiming to establish Greece as an international luxury destination.

Some of the most ambitious projects which have received the go-ahead or are currently under fast-track approval include:

“Elounda Hills” by the Mirum Hellas consortium with a foreign direct investment of 408 million euros planned for Agios Nikolaos on Crete and set to begin in the first quarter of 2018.

The project involves the creation of a high-end resort in the town of Agios Nikolaos to include hotel complexes, conference center, marina, spa, sports facilities, restaurants, shops and holiday homes.

Scheduled to begin works in October next year and to be completed in 2020, the islet of Skorpios in the Ionian near Lefkada will welcome dozens of luxury villas, a spa, fitness center and restaurants as well as a fiber optics network budgeted at 181.4 million euros.

The project includes a VIP tourism unit budgeted at 120 million euros and a Next Generation Access (NGA) fiber optic network at 61.4 million euros.

Travel and leisure giant Minoan Group’s luxury five-star holiday resort project, “Itanos Gaia”, valued at some 267 million euros will be erected at the Cavo Sidero peninsula in northeastern Crete, in the prefecture of Lasithi aiming to become a landmark of sustainable tourism.

Another ambitious project budgeted at 1.5 billion euros, Atalanti Hills by Lokros Real Estate is be erected in the Exarchos area of the Central Greece region of Fthiotida. The plans are expecting Council of State for approval.

Set to create over 5,500 full-time jobs, Atalanti Hills will include an arts and culture village, shopping centers, restaurants, sports facilities (basketball, volleyball, tennis, football), conference centers, a hydro-therapy and beauty center, as well as an adventure space for children.