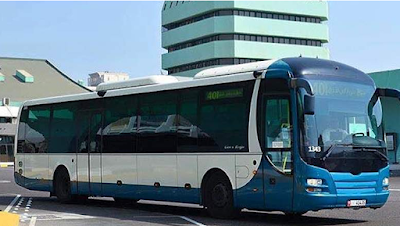 Department of Transport Chairman introduced the new rules in an Executive Regulation of Decree No. 30

A host of new rules have been introduced in Abu Dhabi for the benefit of residents using public transport.

Now, children aged 10 years and below, elderly people aged 55 and above, and people of determination have been exempted from paying full public transportation fares in Abu Dhabi.

They have been granted a 50 per cent discount on transportation fares.

Also, children under the age of 12 are not allowed to travel without an accompanying adult.

As per the new rules, commuters aren't allowed to eat, drink, chew gum, spit or use any tobacco products inside public transport.

Commuters are urged not to disturb other fellow passengers or use any indecent language that may offend others.

There is a ban on carrying items that may damage public transport, such as sharp tools, inflammable substances and alcohol.

The stop button in the bus should be pressed only when needed.

No animals are permitted inside the public transport apart from an assistance dog with a blind passenger.

Baggage, if any, should be kept in a proper way and not cause inconvenience to other passengers.

The passengers should have valid transport cards with enough credit to travel.

Violators will face hefty fines, including penalties ranging from Dh200 to Dh2,000. Serious offenders will also be referred to police.

All passengers are urged to comply with the new rule changes to avoid penalty.