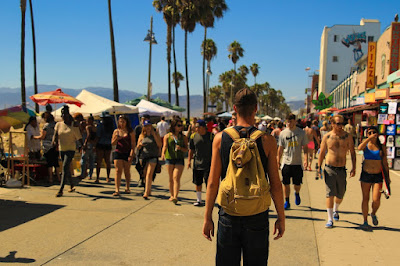 Experts who gathered in Italy for the 25th World Travel Monitor Forum® in Pisa last month agreed that the travel and tourism industry must draw up new strategies to manage the phenomenon of overtourism impacting more and more destinations worldwide.

In view of protests by residents at popular destinations across the globe, the Pisa forum – initiated by consultancy IPK International and supported by ITB Berlin – found that diverse measures and solutions must be taken by local authorities to manage visitor numbers without restricting growth.

The international travel industry must act together with destinations on coordinated strategies including managing seasonality and visitor flows, spreading tourism benefits such as jobs and revenues more widely among local communities, and investing in infrastructure and protection of tourism assets, the experts suggested.

According to the findings, overtourism affects travelers as much as it does residents, the destinations, tourist attractions and local infrastructure.

Indicatively, approximately 25 percent of all international tourists felt that their destination had been over-crowded this year, according to a World Travel Monitor® survey of 29,000 travelers in 24 countries in Europe, Asia and the Americas conducted in September 2017.

With 9 percent – equivalent to around 100 million tourists – admitting this over-crowding had affected the quality of their outbound trip.

Ski resorts were the most crowded tourism locations with one in five (19 percent) saying their winter sports holiday had been impacted affected by overtourism.

As for the most affected cities these were: Guangzhou (24 percent), Shanghai (23 percent), Beijing (21 percent), Amsterdam and Istanbul (both 19 percent), and Barcelona, Florence and Venice (18 percent), according to the survey

Overtourism is clearly not good for nature, culture, locals and tourists alike. However, global tourism has not reached its limits.

Many destinations would be happy to see more visitors, either throughout the year or in the low season.

So tourism does not have a growth problem but rather a regional and seasonal problem, said Rolf Freitag, CEO of IPK International.