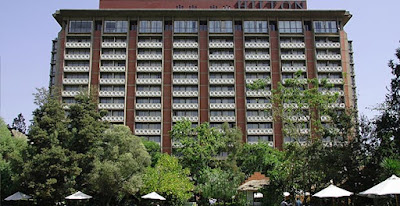 The 106-guestroom hotel will be developed next to Addis Ababa Bole International Airport, the base for Ethiopian Airlines, which flies both domestically and to Asia, the Americas, Europe and the Middle East.

This will be Hilton’s second hotel in Ethiopia’s capital, following the first property in the city center.

As the capital of Ethiopia and the location of the African Union's headquarters, Addis Ababa is an important East African hub, Patrick Fitzgibbon, SVP of development, Europe, Middle East & Africa, Hilton, said in a statement.

Fisseha Asres represented TAFBB Business during the negotiation of the project.

As Hilton Worldwide signed its first DoubleTree-branded hotel in Ethiopia, it has been developing another property in the country.

In October 2015, the hotel group agreed to manage the Hilton Awassa Resort & Spa, Ethiopia in partnership with Sunshine Business.

The companies planned to invest up to $42 million into developing the resort before construction began in late 2015 on the banks of Lake Awassa in the Great Rift Valley.

As the country’s government has been investing $55 million into developing an airport in Awassa by 2018, Hilton has planned to meet the boost of incoming tourists and its demand for accommodation with its new hotel, which is slated to open in 2020.