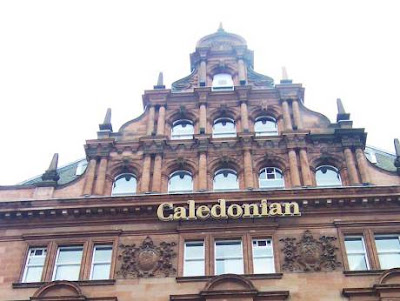 Twenty14 Holdings, the hospitality investment arm of Lulu Group, said on Tuesday it has completed the acquisition of a Waldorf Astoria property in Edinburgh for $120 million.

The Caledonian now joins a portfolio of $650 million worth of luxury property across the UK, the Middle East, and India owned by Twenty14. In a statement, the company said it plans to invest another $28 million to enhance the building on Edinburgh’s Princes Street.

The acquisition of the Waldorf Astoria – The Caledonian follows another key takeover by Twenty14 of Great Scotland Yard, home of London’s Metropolitan Police Service, in 2015 for £110 million.

The company is turning the London property to a five-star hotel.

Our vision is to create a billion-dollar investment company. There is a tremendous opportunity to extend our portfolio of luxury hotels, in view of the current market scenario.

We have a few projects in the pipeline at various stages of planning and development, and we aim to add a few more properties to our portfolio in the next few years, he said.

Twenty14 said it has been looking at iconic locations around the world to add to its portfolio, and The Caledonian was a good fit.

Asked about the concerns regarding Brexit on Scotland’s economy, Ahamed said, We are yet to see a clear path for Brexit, although related developments have picked up since the decision was made.

When Brexit does happen, there will be fund movement, which would naturally bring certain financial constraints.

However, unless a proper solution or decision is taken, it is too early to opine or reach a conclusion on the matter, he said.

A Twenty14 spokesperson said the UK is a strong market, and that some projects are now up for sale as a result of Brexit.

The spokesperson confirmed the company plans to keep the management of the hotel unchanged with the Waldorf Astoria, a brand operating under Hilton, and that it plans to preserve the heritage of the 241-room property.