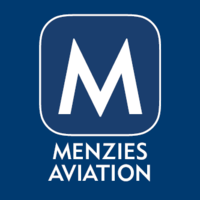 May and June marked an increase in the customer portfolio for Menzies Aviation’s Scandinavian stations, with the ground handler welcoming China Eastern to Stockholm Arlanda and Siberia Airlines to both Stockholm and Copenhagen Airports.

China Eastern inaugurated a new direct route from Shanghai Pudong Airport to Stockholm Arlanda on 16 June, providing connections to destinations in Asia. The airline is China’s second largest airline by passenger numbers, and operates both domestic and international flights.

This enables traffic growth between Scandinavia and Eastern Europe. Also known as S7, the airline will operate two flights weekly from both airports.

The airline is Russia’s largest domestic airline and operates throughout Europe, Asia and the Middle East.

Thanks to the Menzies teams at Stockholm and Copenhagen for their hard work and continued excellence.