VENEZUELA: Venezuela Has Got Very Attractive Tourist Sites, But Caracas Is One Of Most Dangerous Cities In The World 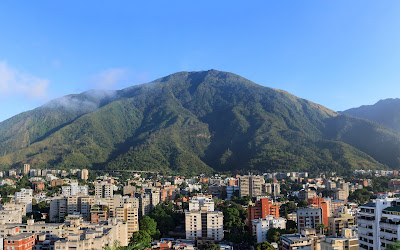 Tourism in Venezuela has been developed considerably in recent decades, particularly because of its geographical position, the variety of landscapes, the richness of plant and wildlife, the artistic expressions and the privileged tropical climate of the country, which affords each region most especially the beaches throughout the year.

Merida state, for the beauty of its mountain scenery and pleasant climate, is a major tourist center in Venezuela. It has an extensive network of hotels not only in the capital city but also throughout the state.

Starting from the city of Merida, it has the longest and highest cable car in the world, reaching the Espejo Peak of 4,765 m. In the Meridan paramos, there are good hotels and restaurants. Another place to visit is Mucuchies, the village of Los Aleros.

There is also the National Observatory of Llano del Hato. The city has several museums worth visiting: Beekeeping Museum, Colonial Art Museum, Modern Art Museum, and the Museum of the great Meridan Don Mariano Picon Salas and the Aquarium Garden.

Also in the state are hot springs such as Bailadores Las Tapias and la Capellanía Park.

Margarita is an island with modern infrastructure, bordered by beaches suitable for extreme sports, and features castles, fortresses and churches of great cultural value. This island is found in the Caribbean Sea and is well known for its pearls.

Caracas is the capital of Venezuela, is a world-class cosmopolitan city. In the west of the city, the Libertador municipality, tourism is important in regard to the historic center of the city, the Caracas Cable Car - Avila mountain Cable Car, the University City of Caracas, Zoos, Sabana Grande Boulevard, among others.

In the east of the city, especially in the Chacao and Baruta municipalities environment of progress and modernism is indisputable, European-style shopping malls, beautiful squares, night clubs, etc.

Also the Generalisimo Francisco de Miranda Park, located in the Sucre municipality is heavily of exploitation for tourism.

In the southeast end of city is located a small town, El Hatillo, which has an impeccable colonial town, an atmosphere of peace and tranquility.

To further exploitation of tourism as a factor of endogenous development, the national government has created socio-cultural plans of international concern as the Feria Internacional de Turismo de Caracas (FITCAR).

This has been carried held annually since 2005 and promotes tourism in the country, showing to the world the cultural, tourist, traditional, musical and culinary wonders of Venezuela.

Caracas is one of the most dangerous cities in the world, with extremely high rates of murder, street robbery and kidnapping. The police is very corrupt and often collaborate with the criminal gangs.

The archipelago of Los Roques is formed by a group of islands and cays that make up one of the main tourist attractions of the country.

With exotic pristine beaches. Morrocoy is a park, consisting of very small nearby islands to the mainland, which have grown rapidly as one of the biggest tourist attractions in the Caribbean.

Canaima National Park is spread over 30,000 square kilometers to the border with Guayana Esequiba reclamation area now Guyana and Brazil, for its size is considered the world's sixth largest national park. About 65% of the park is occupied by rock plateaus called tepuis.

These are a unique biological environment, also presenting a great geological interest. Its steep cliffs and waterfalls including Angel Falls, which is the highest waterfall of the world, 1,002 m are spectacular sceneries.

Coro is the oldest city in Venezuela, since it was the first Venezuelan city to be founded in 1527, the city was declared a World Heritage Site of the December 9 of 1993 by UNESCO in the meeting held in the Colombian city of Cartagena.

Coro has an interesting history, including was the first federal capital of Venezuela. In 2005 was decreed patrimonial emergency and has been included in the list of World Heritage in Danger, this because of government neglect and intensity of rainfall occurred in recent years.

At present the national government undertakes investments to preserve its rich architecture.

Canaima National Park, is a national park located in the Bolivar State, Venezuela. It was established the June 12 of 1962 and declared a World Heritage Site by UNESCO in the year 1994.

University City of Caracas, main campus of the Central University of Venezuela. It was declared a World Heritage Site by UNESCO in the year 2000.

It is a real university, designed by the master Carlos Raúl Villanueva, the University City is primarily a work of art with contemporary architecture and a series of sculptures, murals, paintings and other arts spread throughout the campus university.

Venezuela has many beaches of calm waters and for extreme sports. Besides those already mentioned, most famous sites for its beauty its are:

South of Venezuela in the states Bolivar, Amazonas and Delta Amacuro begins the Amazon rainforest, the largest rainforest and the largest nature reserve in the world.

This area of the country has great tourism value, because there is the Angel Falls, the highest waterfall of the world; savannah, rivers, forests and tepuis form a ecotourism that has not yet been truly exploited.

It is necessary that the national government to promote plans to turn over this Venezuelan soil an essential point for ecotourism in this part of the world.

However, the influx of international tourists in Canaima and the Gran Sabana is high and has been gradually growing, some attractions in forest and savanna in Venezuela are:

Although Venezuela is dominated by plains and tropical temperatures, it also has a mountain range of great tourist attraction, In Venezuela begins the Andes, Merida state consists mainly of paramo vegetation, low temperatures, snow filled peaks, glaciers and high mountains of the Venezuelan Andes.

Among other Andean highlands, located in the states of Merida, Trujillo and Tachira:

Los Llanos is the region of Venezuela, plains with few elevations, dominated by plateaus, hills, lakes and pastures, the climate is warm and has an average tourist reception.

But it is an important site for the rural vacation, covering most of the states Apure, Barinas, Cojedes, Portuguesa, Guarico, Anzoategui, Monagas and Delta Amacuro.

In these rural plains are combined flora, fauna, livestock culture and typical of the autochthonous culture of Venezuela. The higher mountain elevations of this Venezuelan region are in San Juan de los Morros.

Weather changes in Venezuela by region are drastic, example, in the Medanos de Coro temperatures can reach up to 40 °C, but in Meridan moors or the Sierra Nevada temperatures may be less than 0 °C. 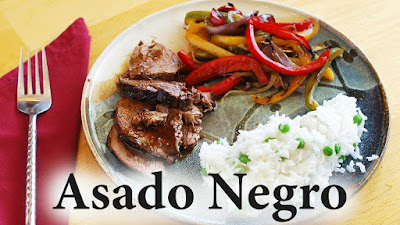 Gastronomy, the Venezuelan cuisine varies by region of the country, however, the most typical dishes of national cuisine are: pabellon criollo, asado negro, reina pepeada, sancocho, mondongo, especially arepas or cachapas.

Currently in Venezuela there is an exchange control imposed by the national government since 2003. Venezuelans when traveling should go to CADIVI, in order to request their share, which is a maximum of 3000 dollars per year.

This amount varies depending on the destination and travel time, all this if the person holds a credit card.

Moreover, there is a foreign exchange market called parallel market or black market the prices of the dollar in this market can be up to 15 times the established by the executive 6.30 bolivares fuertes for 1 dollar.

To enter the country is required valid passport issued in the country of origin and return passage.

No special vaccinations are required to enter the country. Those traveling to jungle areas or want more protection can be vaccinated against yellow fever, malaria and cholera, after medical advice.

It is advisable to take precautions to get vaccinated if it visit places like the Amazon rainforest or the Gran Sabana.

In most of the country the weather is hot, but bearable. It is suggested to bring light clothing, but it is always good to include a sweater or light jacket.

If the destination is the Venezuelan Andes, it is important to bring warm clothes if is possible balaclavas, caps and/or gloves.

Most of the tourists arrive at Maiquetia Simon Bolivar International Airport, but there are another 5 airports in some cities of the country, covering international destinations.

There varied music genre depending of regions such as: Joropo or Llanera music - from Los Llanos region of livestock culture, its lyrics are messages that express the values of the llaneran people, of European and Indigenous origin music genre.

Tambor is Afro-descendent music of mostly of Venezuelan coasts, Gaita Zuliana the national Christmas music genre, from Zulia state, The topics covered in this genre performers range from love songs and religious figures to humorous and reporting issues.

The political element is also starring in many subjects, Changa tuki from Caracas; is an urban way of life, a form of electronic music that comprises dance, own urban clothing and music.

The most representative is its dance, it is difficult and showy, recommended to watch, dance competences are made in different matinees, its dancers are known as tuki; use hair´s wicks yellow painted, red tight pants.

Calypso made by Caribbean origin people in Southern Venezuela.