RUSSIA: Pobeda Airline Fires Pilots After They Were Found Drunk On Duty 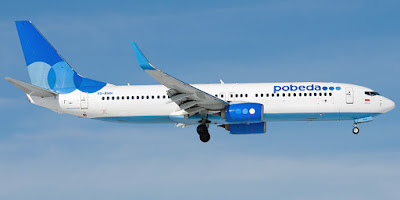 Russia’s Pobeda airline has sacked two pilots who attempted to fly an airliner from the Siberian city of Surgut to Dagestan’s Makhachkala while being under the influence, the company said in a statement, citing CEO Andrei Kalmykov.

According to media reports, two intoxicated Pobeda pilots sought to carry out a flight from Surgut to Makhachkala on May 26.

They were determined to be drunk during a pre-flight medical check.

Pobeda has zero tolerance for staff members who drink liquor even outside their work hours, Kalmykov said, as cited by the airline’s press service.

Unfortunately, the medical staff at Surgut airport breached medical check guidelines so Pobeda was deprived of the opportunity to fire the pilots under the relevant article.

However, they were immediately suspended and fired upon mutual agreement of the parties, he added.

The airline’s CEO also said that the company would request that lawmakers amend current legislation so that alcohol consumption by air transport staff can be severely punished.