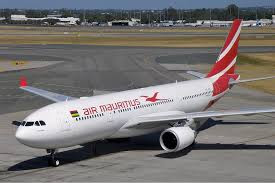 After removing the former CEO Megh Pillay during a turbulent board meeting at the end of October, Mauritius Airlines I searching for a new CEO.

While Mr. Raja Buton, who had previously acted as CEO, was brought back into the hot seat for the time being to hold fort, and to satisfy regulatory requirements as an acceptable accountable manager for the Mauritius CAA, is reportedly a head hunt now underway to find a permanent solution.

Pillay only served for eight months in the job but reportedly locked horns once too often with key members of the Board of Directors, eventually rendering his position untenable when a properly constituted meeting then decided to hand him the sack.

Pillay is another one of former CEO's of Air Mauritius falling foul of the power that be, including Andre Viljoen, who rose to the position after joining Air Mauritius from South African Airways initially as CFO in 2009.

Initially elevated to Acting CEO and eventually confirmed in the job was Viljoen credited for putting into place a harsh cost cutting programme which saw routes axed and aged aircraft lined up for replacement besides other austerity measures.

Viljoen in October last year did not return to Mauritius from his scheduled leave and is now working at Fiji Airways, after a number of allegations were made against him, none proven however in a court of law.

It is understood that there are plenty of applicants but few of the industry's top names, considering the history of Board / CEO relations in the past almost entirely understandable.

A decision by the company on the recruitment of a new CEO is expected to be made public in early 2017.
at December 21, 2016