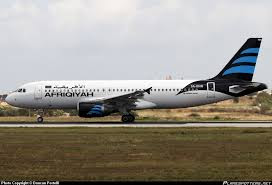 An Afriqiyah Airways A320 with around 120 people on board has just landed in Malta after it was hijacked.

At 12.13pm, the plane's engines were still running and it was surrounded by AFM soldiers at a distance. It did not seem anyone had yet approached the plane.

Prime Minister Joseph Muscat tweeted he is informed of a potential hijack situation of an internal Libyan flight diverted to Malta. Security and emergency operations were standing by.

The plane was on an internal flight from Sebha to Tripoli in Libya. A total of 111 passengers and a crew of seven are on board.

The reports indicated that one hijacker is on board. He is claiming to be in possession of a hand grenade.

The hijacker claiming to be pro-Gaddafi, said he was willing to let all passengers go apart from the crew, if his demands were met.

It is not known what his demands are at this stage.

Meanwhile MIA told passengers in the Departures Lounge that all flights have been delayed until further notice. At present Ryanair and Lufthansa planes are on the apron. Passengers are assuming that this would not be resolved quickly and are scrambling to get food and drinks.

Afriqiyah Airways operates from Sebha to Tripoli on Friday, leaving at 10.10am and arriving at 11.20am.

It operates another flight on Tuesdays.

The last major hijack incident in Malta took place in November 23, 1985 when an EgyptAir Boeing 737 plane was diverted to the island.

What followed was a 24-hour nightmare that ended in a bloody massacre with 62 people dead when Egyptian commandos stormed the plane.Only one of the three hijackers survived and was brought to justice.

Forty-three years ago then Prime Minster Dom Mintoff managed to negotiate the release of 247 passengers and eight air hostesses on board a Boeing 747 Jumbo Jet which was also hijacked over Iraq and flown to Malta.

The passengers and air hostesses were released in return for fuel. The plane had been hijacked by Palestinian terrorists. The plane later left Malta and the hijackers eventually surrendered.
at December 23, 2016