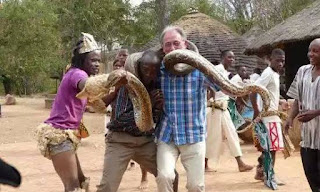 Located about 20 kilometres east of Mwanza is a special piece of the Sukuma tribe history and a must-visit destination for anyone travelling to this northern Tanzania port city.

The Bujora Museum is uniquely Sukuma, drawing inspiration from the ancient traditional practices of Tanzania’s biggest tribe. The Sukuma are said to have arrived in northwestern Tanzania as early as the 15th Century and conquered the natives of the area and established the Sukuma Kingdom here.

“Sukuma means northerners,” says Felix Mugongo, a Sukuma who works as a guide at the museum. “We are called Sukuma because we came from the north. Some historians say we came from Congo, while others say we came down following the River Nile from Somalia.”

The Bujora Museum was established in 1968 by the late Father David Clement after the French-Canadian priest – who was back then in charge of the Bujora Parish Catholic Church – was impressed by the Sukuma way of life.

“Even though he was a priest, David encouraged the use of traditional medicine, only that he did not like the way the Sukuma traditional healers diagnosed diseases – like by sacrificing a chicken or through dreams,” Mugongo says.

Since its inception close to five decades ago, Bujora Museum has served as a useful resource centre for those interested in learning about the rich traditional culture of the Sukuma, a people who still inhabit this area.

The museum offers a detailed overview of the fascinating history of the Sukuma. For instance, can you imagine that one of the drums that were made by King Songa in 1505 still exists? Or did you know that in the traditional Sukuma culture it was a taboo to kill a snake because for a human being to encounter one was considered a blessing? How about the fact that the Sukuma used to dance (and still do) while cuddling a live python? Well, neither did I, until recently when I visited the Bujora Museum.

During my visit, I found three pythons that are nurtured from a small one-room house in the museum. Some Sukuma dancers, my guide told me, still perform with the deadly pythons.
“We still have one dance group at the centre that performs with the pythons as a way of preserving our culture,” says Mugongo, adding that sometimes dancers deliberately let the deadly snake bite them just for “effect”.

“But these snakes have been treated and are no longer poisonous,” he says.

Dance was an integral part of the Sukuma culture. In the olden days, the Sukuma used to organise dance competitions featuring different clans, each trying to win over the audience with innovative props. Most groups performed with different farming implements, while others used distinctive objects such as pythons.

Another intriguing thing in the museum is a replica of the traditional Sukuma house, a small hut where some of the most important household assets such as herbs, pots, baskets and gourds that were used as spoons are displayed.

The traditional Sukuma house was windowless and had a tiny door that was just about three feet high, meaning that one had to bend down a great deal in order to enter the house.
“The door was made like that for security reasons,” says Mugongo. “That presented a very big challenge for an intruder because he couldn’t enter the house without being noticed first by its occupants.”

In the royal hut – which is set apart by its majestic size and a roof pinnacle that is decorated with shells – the contents include the king’s seat that was carved out of a single piece of wood, the mancala game board, stools, crowns, and musical instruments like drums, among other items.

Also quite interesting is the hut of the medicine man, which features photographs of some well-known Sukuma traditional healers holding some of their tools of the trade such as cow horns.
But while the traditional Sukuma dwelling is certainly attention-grabbing, it isn’t the only thing that attracts at least 200 visitors to this museum per week.

Bujora Museum also boasts a couple of drums that have existed for more than 100 years which, according to Mugongo, were important instruments not just for playing music but also communication.

“For instance,” he says, “when someone died the drum was played to call people to assembly, where the death announcement would be made.”

The open-air museum, which is under the management of the Bujora Parish Catholic Church, charges entrance fees of Tsh15,000 for non-East Africans, Tsh10,000 for East Africans who are non-Tanzanians and Tsh3,000 for locals.