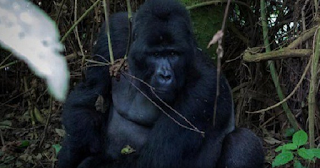 Conservationists in Uganda are mourning the death of a 28-year-old gorilla who died Sunday morning after falling off a tree branch in Bwindi impenetrable National Park, Southwest of the country.

Named Ndahura, the gorilla was from a dominant silverback of the Bitukura family of gorillas.

“This morning it was a sad day for Uganda when we lost Ndahura, at a tender age of 28 years, the silverback (dominant male) of the Bitukura family. He fell down when the branch he was sitting on broke,” Said Uganda Wildlife Authority Chief Executive Andrew Seguya

Dr Seguya added that: “We however, believe that his next line, Rukumu will take over the family and keep it together and so if this happens, we don’t expect much effect on tourism,” he added.

Uganda earns about Shs10billion is realized from the sale of gorilla permits annually with every ticket being sold at $600.
at December 21, 2016