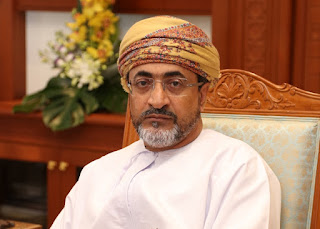 Aiming to attract more tourists, the Ministry of Tourism is set to host the 19th Ministerial Meeting for Arab Tourism in Oman from today.

The two-day event will see participation of several tourism ministers, undersecretaries, and important dignitaries from the region, as well as representatives from the World Tourism Organisation who will come together to discuss a number of important topics and developments in the field of tourism.

Ahmed bin Nasser Al Mahrizi, the Minister of Tourism, said in a statement: “This event will focus on strengthening relations between the Arab countries and giving a boost to the tourism sector. Such efforts will go a long way in bringing more tourists to the Arab countries, not just from all over the world but from even countries in the region.”

“We will also look into the challenges faced by the tourism sector in its efforts to become a sustainable sector. Tourism is one of the key pillars of our economy. A booming tourism sector can contribute significantly to the GDP and create job opportunities, as outlined in the 2040 Tourism Strategy,” he added.

Nasser Al Mahrizi pointed out that this event would reinforce the Sultanate’s capability in organising and hosting such big events, and other similar events and exhibitions – an indication that the Ministry of Tourism supports the introduction of progressive legislation and policies to attract foreign investment.

The discussions will include the development of an Arab Tourism Strategy as well as formulation of quality standards for tour operators and media vendors.

A panel will also discuss available data and ways to collate data from different hotels to utilise it in preparing future strategies.

Prior to the event, an executive office meeting will be held on 13 December, 2016. On the agenda will be discussions on a series of elements, recommendations and proposals such as “Businesswomen incubators for tourism projects” that will contribute to driving tourism and change the future of the sector in the region.
at December 14, 2016