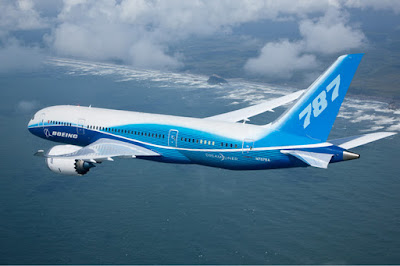 Some of Boeing’s early 787 Dreamliners were so messed up during assembly that they were unsuitable for sale to an airline and sat in storage for years with no takers.

A few were eventually sold off to be expensively re-worked as private VIP jets.

Last Thursday in Moses Lake, one of those VIP airplanes fell on its face.

As the jet sat on the ramp at Grant County International Airport, where a custom interior was being installed, the nose landing gear collapsed.

The carbon-fiber forward fuselage hit the ground, as did the engine pods.

No one was hurt, but the plane sustained damage that according to one expert looks like it could be quite expensive.

Photos of the incident posted online show a forlorn airplane tipped on its nose.

The airplane, Dreamliner No. 11, was bought by Korean Air but not for use as a regular commercial airliner.

Greenpoint Technologies of Kirkland, which designs and builds custom luxury aircraft interiors for private clients and Heads-of-State, won the contract to complete the aircraft conversion.

Boeing first assembled the plane in 2009 but, because of repeated re-work, it didn’t roll out until six years later.

In 2015, Boeing finally delivered the jet to Korean Air.

The jet flew to Moses Lake where Greenpoint was to do the interior modifications, which are typically very expensive and take years to complete.

Now, in addition to that ongoing work, the damage sustained with the face plant will have to be repaired.

Greenpoint marketing director Christine Hadley refused to answer questions about what happened or about the likely repair.

A private VIP 787 at Greenpoint Technologies experienced an incident which is under investigation, she said in an emailed statement.