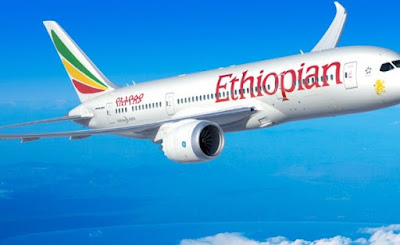 Ethiopian Airlines launched its inaugural trip from Addis Ababa to Buenos Aires, Argentina, on Wednesday with an all-female crew.

The flag carrier will fly five times a week between the two capitals.

The Buenos Aires route increases the airline’s destinations in the Americas to six.

Ethiopian flies to Washington, New York, and Los Angeles in the United States, Toronto in Canada, and São Paulo, Brazil.

He said the airline’s expansion in terms of destinations and fleet in recent years would be instrumental in supporting Ethiopia’s rapid economic growth which is largely supported by industrialisation and tourism.

As the national carrier, we are fast expanding our global footprint, currently covering over 100 international destinations across five continents, to support the country’s growth by facilitating its access to investors and tourists,said Mr Tewolde.

Ethiopian Airlines, Africa's most profitable, has set up hubs in the continent with the latest agreement signed in January to acquire a 45 per cent stake in Zambia Airways that is set to be re-launched after more than two decades.

Ethiopian also operates Togo's Asky Airlines where it holds a 40 per cent stake, and Malawian Airlines, formerly Air Malawi, where it has a 49 per cent shareholding.

Ethiopian Airlines is seeking to set up hubs in southern Africa, Central Africa and the Horn that connect neighbouring countries leading to faster trade, investment and tourism within the continent.

We are working with Malawi and Zambia as southern Africa hubs. Another hub would be in central Africa, covering the Democratic Republic of Congo, Congo Brazzaville and Chad. We are also in talks with neighbouring Djibouti, said Tewelde Gebremariam, the CEO of Ethiopian Airlines Group.

We have a successful hub in Togo, Asky Airline in which we hold a 40 per cent share, Mr Tewelde said.

Before we established Asky, the only way to travel to travel from Cote d’Ivoire to Benin was first to go to Paris and then from Paris to Benin, he added.

He made the remark in Addis Ababa on Wednesday at the launch of an Ethiopian Airlines app that enables customers to make transactions including downloading their boarding pass.

Explaining the significance of having multiple hubs in Africa, Mr Tewelde said: We are not entering a joint venture with these African countries just for the sake of making money. Addis Ababa is a very successful hub.

Out of the around 11 million passengers we transport every year, 70 per cent are not entering Addis. They are transit passengers to other African countries and the rest of the world.

We are connecting Europe with Africa, the Middle East with Africa and Asia with Africa. We want to expand this and be close to the customers.

With a very large landmass and around one billion population, Africa has a high growth opportunity. By expanding the hubs, we will be contributing significantly to intra-Africa connectivity, he said.

Although Africa is reasonably connected with the rest of the world, the continent is not well connected to itself. Internal transport within Africa has been a major challenge especially because there are no open skies.

Due to financial and managerial complications Ethiopian Airlines recently ceased negotiations with Nigerian government to take over the previously private owned Arik Airlines of Nigeria.

A few months ago Mr Tewelde announced that Ethiopian Airlines was working on getting registered as a local Airline in Mozambique.

Ethiopian Airlines has acquired a 45 per cent stake in Zambia Airways that is set to be re-launched after more than two decades.

Africa's most profitable airline said Tuesday it has finalised a shareholders agreement with Zambia in line with its vision of setting up multiple hubs in southern and central Africa and the Horn.

Under the pact, the Zambian government will be the majority shareholder with a 55 per cent stake.

The re-launching of Zambia Airways will enable the travelling public in Zambia and the southern African region to enjoy greater connectivity options.

Thereby facilitating the flow of investment, trade and tourism, and contributing to the socio-economic growth of the country and the region, said Mr Tewolde Gebremariam, the CEO of Ethiopian Airlines Group.

In the statement, Mr Tewolde said Zambia Airways will serve national and regional destinations before embarking on international flights.

In December, Zambia's Cabinet approved the revival of the national airline at an estimated cost of $30 million.

The airline was liquidated in 1994 after running broke largely due to patronage and abuse by the political establishment.

Ethiopia Airlines runs Togo's Asky Airlines where it holds a 40 per cent stake and Malawian Airlines, formerly Air Malawi, where it has a 49 per cent shareholding.

Ethiopian Airlines almost doubled its profit for 2016, buoyed by an 18 per cent jump in passenger numbers.

The Ethiopian carrier summed up a great year for the continent’s largest and only profitable airline, with revenues of $261.9 million in 2016, from $150.9 million the previous year.

This despite the challenging operating environment caused by slower global economic growth and weaker performance of Africa’s major economies.

Its revenues increased by 8.6 per cent to $2.3 billion, a development attributed to an increase in flight frequency and opening up of new routes.

But the airline group chief executive officer Tewolde Gebremariam says that it was exposed to high currency fluctuations, leaving more than $220 million of its funds stuck in several African countries that had forex challenges.

Ethiopian booked a currency loss of $18.1 million as a result of continuous currency devaluation in many African countries and the associated problems of repatriation.

Repatriating funds held up in Nigeria, Egypt, Angola and Sudan as a result of the oil price declines was a problem.

We have more than $220 million stuck in these countries. This has hit our liquidity, Mr Gebremariam said.

The airline was forced to resort to a natural hedge; making payments in the currency of sales and maintaining a higher cash reserve in the stable currencies such as US dollar, the euro and the British pound.

Due to the fluctuation of most currencies against the US dollar, as well as critical shortages of forex in some of the major markers in Africa.

Nigeria, which devalued its currency twice, held the highest amount, $339 million, followed by Egypt with $310 million, then Angola with $190 million, Sudan $250 million and Algeria $125 million.

In 2016, Ethiopian Airlines saw its operating expenses increase by 6 per cent, which was lower than the rate of revenue growth.

It spent $631.9 million on fuel equivalent to 32 per cent of its total costs during the period down from $739.4 million the previous year.

Its overflying and navigation, foreign overhaul and landing charges also increased by $54.7 million to $147.4 million because of the increased operations, and exchange rate impact.

The airline saved $81.73 million through the implementation of various structural and strategic cost-saving initiatives.

Facing stiff competition from Gulf carriers, Ethiopia Airlines transported 270,000 tonnes of cargo and 7.6 million passengers in 2016, 75 per cent of whom were in transit.

Its finance costs jumped to $1.97 billion, $1.8 billion being loans from foreign lending institutions, secured on aircraft, bearing interest at rates of up to 4.84 per cent annually, and repayable in quarterly instalments.

It also owes $121.3 million in secured and unsecured loans from local and foreign lenders and development agencies, bearing interest at rates of up to 6.9 per cent annually.

The airline spent $61.6 million on landing and parking, up from $48.23 million, as a result of the new routes.