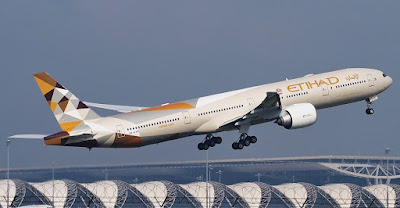 Abu Dhabi’s Etihad Airways has rejected claims that it will sell its 24 percent stake in Jet Airways by Q3 2019, calling the Indian airline a valuable partner.

The Etihad statement comes in response to a recent report from aviation consultancy CAPA, which on Thursday also tweeted that CAPA research indicates Etihad may divest its 24 percent stake in Jet Airways, possibly by Q3 of FY2019.

This could lead to a rationalisation of capacity between India and the Gulf, particularly Abu Dhabi, CAPA added. In response, Etihad said the CAPA report was false and said the airline has no plans to divest.

Additionally, Jet Airways chairman Naresh Goyal said in India that the airline has no plans to sell its stake to another investor, following a September 2017 statement squashing similar rumours.

Etihad’s investment with Jet dates back to April 2013, when the Abu Dhabi-based carrier made a $379 million investment in the company. 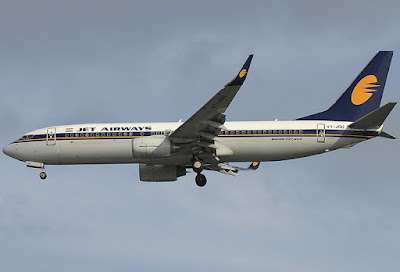 Jet Airways is a major Indian international airline based in Mumbai. In October 2017, it was the second-largest airline in India after IndiGo with an 17.8% passenger market share.

Incorporated in April 1992 as a limited liability company, the airline began operations as an air taxi operator in 1993. It began full-fledged operations in 1995 with international flights added in 2004.

The airline went public in 2005 and in 2007, it acquired Air Sahara. It became the largest carrier by passenger market share in the country by 2010, a position it held until 2012.

Jet Airways was incorporated as a limited liability company on 1 April 1992.It started operations as an air taxi operator on 5 May 1993 with a fleet of four leased Boeing 737-300 aircraft.

The airline was granted a scheduled airline status on 14 January 1995. On 12 May 1994, all the shares were transferred to Tailwinds International, whose equity capital was held by Naresh Goyal (60%), Gulf Air (20%) and Kuwait Airways (20%).

In October 1997, as per the directive of Ministry of Civil Aviation forbidding foreign investment in passenger airlines, Goyal took control of the entire company.

The airline launched its first international flight in March 2004 from Chennai to Colombo. The company was listed on the Bombay Stock Exchange and became public company on 28 December 2004, with Goyal retaining 51% ownership of the stock.


In January 2006,Jet Airways announced its intention to acquire Air Sahara for US$500 million in an all-cash deal; however, the deal fell through in June 2006.

On 12 April 2007, the deal was back on track with Jet Airways agreeing to pay 14.5 billion (US$220 million). On 16 April 2007, Air Sahara was renamed as JetLite and was marketed between a low-cost carrier and a full service airline.

In October 2008, Jet Airways laid off 1,900 of its employees, who were later re-instated due to intervention from the Ministry of Civil Aviation.

In October 2008, Jet Airways entered into an alliance with rival Kingfisher Airlines for code-sharing on domestic and international flights, collaboration on frequent-flyer program and sharing crew and ground handling equipment.

On 8 May 2009, Jet Airways launched another low-cost brand, Jet Konnect. It operated a fleet of Boeing 737 Next Generation and ATR 72 aircraft and operated on profitable short-haul routes with higher passenger load factors.

In the third quarter of 2010, Jet Airways became the largest airline in India with a passenger market share of 22.6%. In July 2012, the airline officially sought government approval to join Star Alliance.

Jet Airways wass not a member of Star Alliance as of 2017. In June 2011, it became the first domestic airline in India to ban meat products and liquids in check-in baggage.

Jet Airways merged the JetLite brand into Jet Konnect on 25 March 2012 and started offering business-class seats after the demise of Kingfisher Airlines.

In 2013, Etihad Airways planned to buy a stake in the airline following the government's announcement in September 2012 that foreign airlines could take a stake of up to 49% in Indian carriers.

In 2013, the airline lowered prices and entered into fare war with low-cost carriers IndiGo and SpiceJet due to falling passenger demand.

In February 2013, the airline's market value dropped by 4.84 billion (US$74 million) owing to falling share prices. Jet Airways made profits in the third quarter of the financial year 2013–14, after posting losses over the previous year.

Jet Airways announced on 11 August 2014 that it would phase out Jet Konnect by the end of the year as part of plans to re-position itself as a uniform full-service operator.

On 1 December 2014, Jet Konnect was fully merged with Jet Airways, making it the third full-service airline in India besides Air India and Vistara.

In December 2015, Jet Airways announced the closure of its scissor hub at Brussels Airport by March 2016 and the opening of new hub at Amsterdam Schiphol Airport effective 27 March 2016.

As of February 2016, it was the second largest airline in India after IndiGo with a 21.2% passenger market share.

The airline's head office is located at Siroya Center in Andheri, Mumbai. The head office was previously located at S. M. Center, a rented six-storey building in Andheri and was moved following criticism regarding the working conditions.

Jet Airways' original livery was designed by Lowe or Lintas then. It was navy blue with light grey and chrome yellow. The top and bottom of the aircraft were painted in light grey with the flying sun logo in the navy blue background.

In 2007, a new livery was created by Landor Associates which added yellow and gold ribbons; the design retained the dark blue and gold-accented colour scheme along with the airline's flying sun logo.

The company is listed in the Bombay Stock Exchange. 51% of the stock is owned by Naresh Goyal through his company Tailwinds International and the remaining 49% by other investors.

The airline has its primary hub at Mumbai and secondary bases at Bangalore and Delhi. In March 2004, the airline introduced its first international destination Colombo with flights connecting to Chennai.

London was the airline's first long-haul destination and was launched in 2005.

Since 2007, Jet Airways has had a scissors hub at Brussels Airport for onward transatlantic connections to North America, which was replaced by Amsterdam Schiphol Airport from 27 March 2016.

In 2008, the airline was forced to discontinue international routes because these attracted losses due to global economic downturn; it terminated services to San Francisco and Shanghai.

The airline planned to restore the Mumbai–Shanghai route by the end of 2011 but never did so. In 2012, the airline withdrew flights to New York and closed the Delhi–Milan route in 2013.

On 1 March 2016, the airline announced the integration of domestic and international operations in Mumbai airport and moved its entire operations to the newly constructed Terminal 2.

According to Business Traveller, SkyTeam CEO Perry Cantarucci admits that Jet Airways is the next target to join SkyTeam, although currently Skyteam is not out recruiting new members.

Perry added that We would love to talk to Jet about becoming a Skyteam member. And they know it.

This comes as another surprising termination after Jet Airways also cut ties with four Star Alliance airlines — Austrian, Lufthansa, Swiss, and Turkish in 2017.

Economy seats on the Airbus A330 and Boeing 777 have a personal 10.6 inches (270 mm) touchscreen LCD TV. Domestic flights operated by Boeing 737 aircraft have Premiere and Economy classes and the ATR 72–500 have an all-economy class configuration.

Economy class on Boeing 737 have a 30 inches (760 mm) seat pitch with personal LCD behind each seat. Being a Full Service Airline, meals are served on all classes of travel.

The system, known as JetScreen, offers on-demand programming and operates via an individual touchscreen monitor on each seat.

In 2012, the airline introduced a feature called eXport on their Airbus A330s, which allows passengers to plug-in their personal Apple devices.

In February 2016, Jet Airways announced the introduction of an in-flight entertainment service for streaming of entertainment content directly to Wi-Fi enabled personal devices of the passengers.

JetPrivilege is the airline's Frequent-flyer program. A member can earn JPMiles during travel which can be redeemed during future bookings.

Premier lounges are available at Bangalore, Chennai, Delhi, Hyderabad, Kochi, Kolkata and Mumbai in India and all international destinations.

There were no fatalities amongst the 45 passengers and four crew but the aircraft was damaged beyond repair and written off.

This lead to a shut down of the main runway and traffic being shifted to secondary runway. Out of 127 passengers, no injuries were reported.

27 December 2016: Jet Airways flight 2374, a Boeing 737-85R (registered VT-JBG) on route to Mumbai from Goa skidded off the runway while preparing for takeoff.

15 of the 161 passengers and crew on board suffered injuries during evacuation.

22 January 2017: 168 people on board a Jet Airways flight operated by a Boeing 737–838 (registered VT-JTD) from Mumbai had a narrow escape after the tail of the aircraft hit the runway on landing at the Dhaka International airport, prompting the airline to remove the pilots from duty.

Jet Airways was expected to begin service to Newark via Brussels in June 2005. In March 2005, the airline submitted an application to the United States Department of Transportation.

The application was opposed by Nancy Heckerman, CEO of a US registered company Jet Airways Inc., based in Bethesda, Maryland, alleging trademark infringement and connections to terrorist outfit Al Qaeda. Jet Airways rebuffed the claims.

Asmin Tariq, a contractor working for the airline as a security agent at Heathrow airport was implicated in the foiled terror plot on 10 August 2006 to blow up several transatlantic airliners belonging to three different US airlines.

Subsequently, the Governments of UK and Singapore inquired security-related information from the Ministry of External Affairs on Jet Airways; clearance was further delayed to fly to the US.

The US State Department gave the go-ahead for the airline to fly to the US on 15 November 2006.

On 2 December 2016, Jet Airways flight 9W7083 from Bhopal to Mumbai was held up by a large group of passengers headed for a marriage in Mumbai.

There were allegations from other passengers that the wedding party was politically connected and attempted to coerce the cabin crew to disembark passengers, so that additional members of their party could be accommodated.

The airline claimed it was a technical glitch in their booking system which led to overbooking.

One Supreme Court lawyer alleged that his elderly mother was harassed by members of staff and she collapsed and suffered a laceration on her chin.

Among others, a member of staff in-charge at the airport was reported to have told him to go do whatever he could.

In 2016, the airline was implicated in the Gupta family controversy in South Africa when it was alleged by former African National Congress MP Vytjie Mentor that members of the business family had offered her the position of Minister of Public Enterprises.

This was allegedly on behalf of former President Jacob Zuma, if she agreed to arrange for South African Airways to drop their India route so that Jet Airways could acquire it instead.