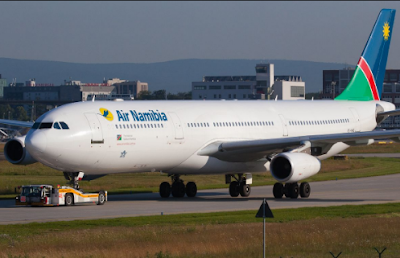 The financial situation at Air Namibia has worsened to the extent that even banks are reluctant to give them loans.

Samson said she was surprised that even their bank and another institution was unable to fund them.

We are looking for financing at other countries such as South Africa, which brings the complication of currency exposure.

It is not ideal but if the entire country says they cannot assist us. We have to look elsewhere.

Samson said the struggling parastatal has been unable to get any funding from within the country as there is lack of trust, and also due to the lack of annual reports.

The issue of financial constraints had been presented to Cabinet committees, and the airline was permitted to borrow funds on the market.

Samson could not say how much money the entity needs or how much progress has been made, apart from that they owe the Namibia Airports Company a large amount.

We have the issue of the Namibia Airports Company, whom we owe more than N$ 250 million, and we believe that with the funds we are looking for, we should be able to pay them something as they also need their cash, she said.

Samson also complained about Eros Airport, which she said had become a problem due to its poor infrastructure, which poses safety concerns to employees and customers.

She also said NAC has thus caused them to restrict their flights to three per day while they want to expand regionally.

According to Samson, the airport also closes at 20h00 for business, and cannot thus be used for emergencies when planes need to be diverted to Eros.

Air Namibia's board chairperson, Gerson Tjihenuna, also said the financial situation would not only affect the future of the airline, but that of 700 workers, as well as 70 000 others within the value chain in which the airline is the primary catalyst.

Tjihenuna said government as the sole shareholder has made commitments to the airline, which he said include N$3 billion to back aircraft leases costs.

The last 18 months or so were confusing as to what government wants regarding Air Namibia.

We understand the concern on millions being paid into the airline in the form of subsidies, which is something board and management are working on tirelessly to reverse.

But strong sentiments conflicting with the reason the airline was established for are being echoed at various senior government levels in the media.

These remarks are quite damaging and negatively affecting the airline's standing in international markets and offshore financiers, he said.

According to Tjihenuna, they are committed to turning the entity's fortunes around with government support when needed, but not through negative remarks through the media.

Tjihenuna said they have already been hoping to meet with the minister to discuss the issue of finances.

Mutorwa took the opportunity to urge Air Namibia to hurry up and publish their annual reports, saying that he would not be able to find funding for them if they cannot account for their finances.

The minister said he abides by the law, which strictly instructs for the submission of the annual reports, which the airline has failed to publish for the past 10 years.

The entity's last annual report was published in the 2003/4 financial year.

I will not compromise on this. It is not negotiable, our accountability is annual, and the books must be tabled.

Chair please, regarding the annual reports, we have to be comfortable when we motivate for funding., he said.

Mutorwa said approaching finance minister Calle Schlettwein and motivating for funding will be difficult if the company cannot account for its books.

We are ruled by law, and the law says annual reports must be submitted. I am not saying give me tomorrow, but I must get it. Within this year. Parliament has three sessions, said Mutorwa.

Samson said they would submit their consolidated annual reports by June this year to the works ministry.

Air Namibia is one of the SOEs heavily dependent on government bailouts to continue operating, having received over N$6 billion since 2000.