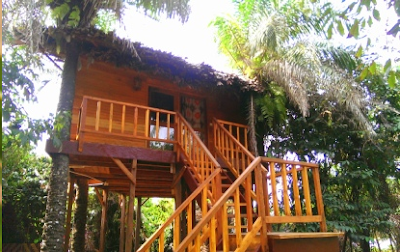 Since the start of the 21st century, past Liberian governments have identified tourism as a potential sector for economy growth and job creation.

However such potential has not been harnessed, leaving the sector underdeveloped, with many tourism sites left in ruins.

The reason for this, according to pundits, is the result of poor infrastructure, including roads to make tourism sites accessible, technological advancement, and the inability of the Liberian government in making concerted efforts to develop the sector.

Despite these challenges, a number of people like Rudolph and Lisa Antoune of Libassa Ecolodge, and Chiquita Johnson of West Tourism Management, are making some improvements.

With their different intervention strategy to promote the sector through branding, Liberia’s tourism industry appears to be attracting tourists, both domestically and intentionally.

This with a special focus on luxury, responsible tourism, and investor relations said the company got involved in order to protect and promote positive images about the country.

Thereby enticing a variety of tourists to see what Liberia really is, unlike the negative image of the country that is being shown on the web and in the media.

Ms. Johnson added the country is gradually becoming a hotspot for foreign tourists.

We are getting there and will soon get there. Currently, Liberia already is a tourist hotspot.

Our company alone served about 130 tourists last year by providing them with unique tourism in the country. We expect the number to double this year.

And the fact that our brand does a stellar job in showcasing Liberia positively, this is a big help in spreading the word through these individuals and their platforms of how ripe Liberia is for tourism.

The increase in tourists comes from the fact the traditional culture, abundant wildlife, and beautiful beaches across the country have been hugely promoted of to sell the positive image of the country instead of the old narrative that Liberia is poor, corrupt, and disease-ridden country,Chiquita said.

Just like Chiquita Johnson, other key players in the sector are Rudolph and Lisa Antoune, owner of the country’s first Ecolodge resort, Libassa Ecolodge.

According to Anish Robinson, the resort front office manager, Rudolph and Lisa Antoune got involved into tourism to help bring economy growth to the country, carving a better image instead of the country’s postwar reflection.

The resort was built to showcase the country’s rich Eco-tourism to the world and the beauties of Liberia, most especially to those who want to enjoy nature.

Since then, the resort has vigorous branded country rich tourism potentials, including frequently mentioned promotions of the sector in foreign media like France 24, has encouraged a good number of foreign tourists to visit Liberia.

This show Liberia is gradually becoming a hotspot for tourists, as they come in search of unique and authentic experiences which the country offers, Anish Robinson said.

The resort plays a vital role in conservation of the environment, highlighting cultural and heritage attractions while creating opportunities for small businesses and employment.

Meanwhile, a worker who begged anonymity because he was not authorized to speak on behalf of the Bureau of tourism at the Ministry of Information, Cultural Affairs and Tourism (MICAT) explained that from their data Liberia is becoming a hotspot for tourists.

Last year alone, from data gathered we noticed that a little over 400 foreign tourists visited the country, the source said. We have actually seen an increase in domestic and foreign tourists.

This is a good sign and many thanks to our partners in the sector. They are actually investing a lot of resources to brand and market the tourism industry and without them, I don’t think tourists would have been coming to the country.

However, regardless of success, there still remain major challenges, which experts say is needed to be addressed or the gains made will be reversed.

There have been calls to make the bureau of tourism an autonomous agency separate from MICAT.

This is intended to train qualified staff to manage the tourism sector.