NEPAL: US- Bangla Airlines Passenger Plane Crashes With 71 On Board, At Least 26 Killed 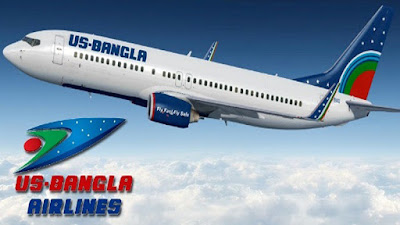 A US- Bangla Airlines passenger aircraft that was carrying 67 on board crashed on Monday at Nepal's Kathmandu airport after it became unstable while descending.

A huge cloud of smoke was seen rising from the airport, say eyewitnesses. Flights to Kathmandu's Tribhuvan International Airport (TIA) are currently holding or are being diverted.

Victims' bodies have been recovered from the wreckage of the plane.

An airport spokesperson said there are fears of casualties.

17 injured passengers, have been rescued and sent to different hospitals for treatment.

The crashed aircraft was operated by US-Bangla Airlines from Dhaka to Kathmandu.

Due to limited MLAT coverage, last position was calculated at 11,825 feet.https://t.co/AO0DBEz2DC pic.twitter.com/i5w8hNiNCE

According to TIA spokesperson Prem Nath Thakur, the aircraft caught fire after it careened off the runway during landing and crashed onto a football ground near TIA.

The aircraft with call sign S2-AGU took off from Dhaka and landed at TIA at 2:20 pm.

Rescue team of TIA and Nepal Army personnel have been engaged in rescue operation.

US-Bangla Airlines is a privately owned Bangladeshi airline headquartered in Dhaka and based at Shahjalal International Airport.

It commenced operations with domestic flights on 17 July 2014. It is a subsidiary of US-Bangla Group, a United States-Bangladesh joint venture company.

Initially, the airline launched two domestic destinations, Chittagong and Jessore from its hub in Dhaka.

Flights to Cox's Bazar from Dhaka were launched in August. In October, the airline launched flights to Saidpur.

In July 2016, the airline announced plans to phase in its first two Boeing 737-800 aircraft in September of the same year, and to subsequently launch new international routes, for example to Singapore and Dubai by the end of 2016.

US-Bangla Airlines is planning to acquire Airbus A330 or Boeing 777 to start operations to Jeddah and Riyadh.

Its headquarters are in the Baridhara Diplomatic Zone in Dhaka. Its India office is in Bowbazar, Kolkata.

Its Canada offices are in East York, Toronto. Its Thailand office is in Watthana District, Bangkok.

On 4 September 2015, one of the airline's Bombardier Dash 8 Q-402s skidded off the runway at Saidpur Airport upon landing on a domestic flight. There were no personal injuries reported.