SRI LANKA: Are We Safe To Go To Sri Lanka? 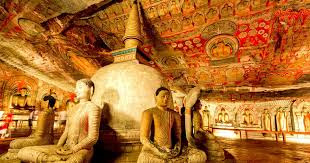 A state of emergency has attracted FCO warnings to travellers.

Sri Lanka caused a state of emergency yesterday, after violence erupted across the country.

This has sparked the Foreign and Commonwealth Office (FCO) to issue an alert for British travellers to Sri Lanka.

The FCO read in a statement: On 6 March 2018, the Sri Lanka government announced a nationwide state of emergency in response to recent incidents of intern-communal violence in Ampara and Kandy.

However, recent riots in the central district between Sinhalese and Muslim communities, following days of unrest, has sparked a state of emergency.

The special measures initially apply for ten days and allow the army to be deployed on the streets to re-inforce calm.

The FCO advise: The state of emergency may include curfews in specific locations across the country.

You should exercise caution, avoid protests and rallies, and comply with local security requirements.

The Sri Lankan Ambassador to the UAE, Sulaiman J Mohideen said the state of emergency has a preventive step taken by the government to prevent violence further spreading around the country.

He also said that the capital of Colombo is not affected, with usual operations continuing to take place including a cricket match between India and Sri Lanka.

Prime Minister Ranil Wickremesinghe said, as a nation that endured a brutal war we are all aware of the values of peace, respect, unity & freedom.

The Govt condemns the racist & violent acts that have taken place over the last few days. A state of emergency has been declared & we will not hesitate to take further action.

This year marks the 70th anniversary of Sri Lanka’s independence. Since that time, the idyllic Indian Ocean island nation has been trying to rebuild its tourism industry after a 28-year long civil war divided the country apart.

The last state of emergency, which was in place throughout the war, ceased in November 2011.

Now flight services have not been affected. Neither have travel and tour operators.

TUI said The overall level of FCO advice has not changed and there are currently no travel restrictions within the advice.

Therefore, at present it is advised to adopt a wait-and-watch approach and contact your travel provider if you have any concerns.

The FCO said most visits to Sri Lanka are trouble-free.

Take precautions if you must visit Sri Lanka now.

This is on a day when President Maithripala Sirisena divested the law and order portfolio from Prime Minister Ranil Wickremesinghe.

The communal violence between majority Sinhala Buddhists and minority Muslims in the Indian Ocean island nation has not subsided despite a state of emergency and a heavy deployment of troops in riot-hit Kandy district.

Anti-Muslim riots, since Monday, have damaged several homes, businesses and mosques. The violence erupted after the death of a man from the mainly Buddhist Sinhalese majority last week.

To rein in communal violence, a state of emergency has been imposed by the Sirisena government after seven years.

This is after police discovered mobs of Sinhalese rioters were using social media to coordinate attacks on Muslim establishments.

Petrol bombs were hurled at a mosque even as armoured vehicles and heavily-armed troops fortified the troubled district, where anti-Muslim violence has left two people dead.

Eighty one people, including the main suspect, who had led anti-Muslim violence were arrested, police said.

A man, named Vidanapathiranage Amith Jeewan Weerasinghe, who is believed to be the main suspect and nine others were arrested,police spokesman Ruwan Gunasekera said.

They were arrested by the Terrorism Investigation Division (TID) in a special operation.

They were arrested for inciting communal violence and hate speech, he said.

He said since 4 March, there have been two deaths due to clashes. One of them died of suffocation due to an arson attack while the other had died due to a grenade explosion, he added.

During the period, there have been 45 attacks against Muslim properties throughout the Kandy district and at least four religious sites had been attacked, the spokesperson said.

The arrests of main suspects came after the police came under increasing public criticism over its alleged inaction to prevent violence in spite of the imposition of curfew.

Earlier in the day, President Sirisena replaced Prime Minister Wickremesinghe as the law and order minister to curb the ongoing violence.

Ranjith Madduma Bandara, a senior politician from Wickremesinghe's United National Party (UNP) was sworn in as the new minister in charge of the police.

Wickremesinghe was sworn in as the law and order minister 11 days ago.

On Wednesday, the President toured Kandy and ordered security forces to use the full force of the law against troublemakers.

More reinforcements were sent to the area on Wednesday night to assist police.

Meanwhile, the United Nations has condemned the violence and urged Colombo to ensure that appropriate measures are swiftly taken to restore normalcy in affected areas.

The Kandy region is about 115 kilometres from Colombo. It is a popular tourist as well as Buddhist pilgrimage destination.

The Sinhalese Buddhists are about 75 percent of Sri Lanka's 21 million population while Muslims are 10 percent of the population.

Tensions between Muslim groups and the majority Sinhalese Buddhist community in the country have escalated since the end of the civil war in May 2009.

In 2014, violence directed against Muslim minority groups broke out in the southwestern town of Aluthgama, following a rally by hardline Buddhist nationalist monks, resulting in the death of at least three Muslims.