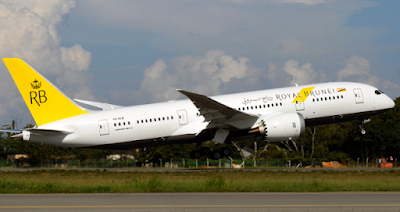 Royal Brunei Airlines announced yesterday that they will be launching daily non-stop flights between Brunei and London-Heathrow from October 28th this year.

This route will replace the current Brunei – Dubai – London routes, reducing travel time by three and a half hours from Brunei and 5.3 hours from Melbourne.

The introduction of RB’s non-stop flight to London-Heathrow will be a significant milestone as for the first time Brunei and England will be seamlessly connected by a direct air link, said Karam Chand, RB Chief Executive Officer.

The through flight via Dubai has served us well however with the demand for more direct routing from our guests, it becomes an important commercial imperative to provide that, he added.

According to the airline’s CEO, the flight will last approximately 14 hours.

Although the Dubai-London-Dubai route will be scrapped, the carrier will still provide the Brunei-Dubai-Brunei route so then the connectivity to Dubai still remains for fliers to use.

From October 29, this route will be in use from four times per week.

Royal Brunei’s relationship with London has been in existence since 1990 when they used to operate from London-Gatwick via Singapore and Dubai.

By May 1991, the carrier flew twice weekly to London-Heathrow, launching its daily flights to Dubai in May 2004.

The non-stop flights will also be an enabler for increasing tourism from UK and Europe, the CEO added.

We have had a record 2017 for visitor arrivals and the initiatives such as the London direct, additional Seoul flights, China charter flights and to be announced new markets will play a pivotal role in getting half a million visitors to our Shores by 2021.