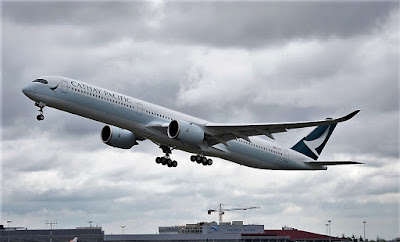 Cathay Pacific's and Cathay Dragon's traffic figures for April 2018 show a slight drop in the number of passengers carried and an increase in cargo and mail uplifted compared to the same month in 2017.

In the first four months of 2018, the number of passenger carried grew by 2.0% while capacity increased by 3.1%.

The two airlines carried 174,489 tonnes of cargo and mail last month, an increase of 6.7% compared to the same month last year.

The cargo and mail load factor rose by 2.3 percentage points to 68.0%.

Cathay Pacific Director Commercial and Cargo Ronald Lam said, The earlier start to the Easter holidays this year resulted in a reduction in backend demand during April when compared to last year. 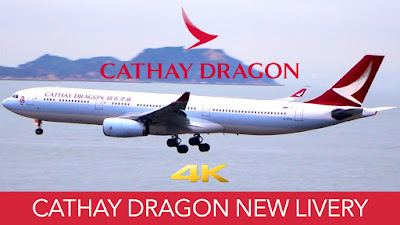 However, we enjoyed a high front end load factor during the month and yield improvements helped offset the loss in traffic volume.

Our routes to Europe, the United Kingdom and the United States performed well, as did those to mainland China and Taiwan.

Meanwhile, the positive momentum in our cargo business continued into April. Tonnage grew ahead of capacity while yield strengthened.

After a slight slow-down in our Hong Kong and mainland China markets early in the month, volumes started to pick up again during the month and network flow from the Americas, Europe, India, Japan and Southeast Asia continued to show strength.