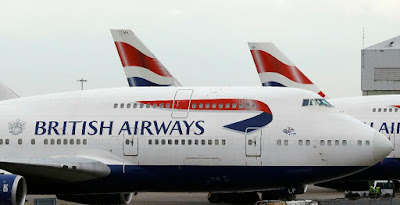 British Airways has announced that the launch of its new service between London-Heathrow (LHR) to Marrakech for their Winter 2018/19 operations.

The services will commence from October 28t this year on a four times per week basis using the airline’s Airbus A320.

The airline already operates to Marrakech but from London-Gatwick (LGW) up to eight times per week.

This new LHR route will cement the connectivity that Marrakech currently has.

Flights are to depart Thursdays, Fridays, Saturdays, and Sundays.

Marrakech adds another exciting destination to our leisure network at Heathrow and is a fantastic starting point to explore Morocco.

From trekking in the Atlas Mountains to discovering the amazing deserts and beaches and soaking up the atmosphere of the many medinas, Sean Doyle, British Airways’ Director of Network and Alliances, said.

Marrakech is one of the key tourism destinations in North Africa, so we’re excited to serve it from two of our London airports.

On top of these flights, BA is increasing frequencies on other destinations from Heathrow.

On top of these frequency increases, the carrier has recently launched international services to Durban, South Africa as well as Nashville in the U.S.

It shows that in terms of expansive growth, British Airways are not looking to stop anytime soon and that this will continue.

This regardless of the competitive and economic climate the carrier is facing against the likes of Ryanair, Norwegian and other low-cost carriers in the region.