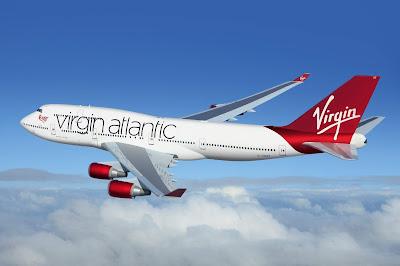 These new flights to LAS are being transferred from London-Gatwick (LGW) to LHR’s Terminal 3, in which Virgin has a significant presence.

Even though it’s a drop in capacity, the airline will now offer more premium seats and their signature Dreamliner product.

Virgin Atlantic have made some route announcements as follows:

- Flights to Las Vegas will now operate from London Heathrow on March 31st, 2019, on the same day that LGW operations to LAS stop, signalling a transfer of flights.

The 787-9 that Virgin will be using for this route will have a three-class configuration, offering 31 Upper-Class Seats, 35 Premium seats and 192 economy seats.

In addition, there will be a second daily service to Boston-Logan International Airport (BOS), which will be operated with an Airbus A330-300.

Barbados will also be returning to the network, operating between December 2018 and February 2019 with the airline’s A330-300.

Aircraft in use for LHR-LAS: 787-9 Dreamliner compared to the 747-400 indicating a capacity drop.

- A winter Seasonal service to Barbados will also be operated from LHR also.

From spring 2019 we’re making it even easier for customers to travel from London-Heathrow to Las Vegas and Boston by introducing new flights.

The new services have been timed to offer convenient onward connections for UK and US customers, and feature our award-winning service, a three-course meal and in-flight entertainment on every flight, said Shai Weiss, Chief Commercial Officer for Virgin Atlantic.

We’re also pleased to bring back our popular seasonal service between London-Heathrow and Barbados to offer even more choice for holidaymakers, she added.

The fact that the flights from Gatwick to Las Vegas will be terminated in March 2019 must indicate the growth at Heathrow must be stronger than at Gatwick.

For the likes of Boston, the second daily route is largely due to the rise in demand of business travelers flying to that city more frequently, as well as it being heavily advertised as a tourist destination within the UK.

The Barbados route, however, will be returning due to its overall success in the winter season, although it seems that a year-round service from Heathrow will be on the cards when the demand for the route grows overall across the entire year.