With over two decades of experience in HR strategy and talent management both in hospitality as well as marketing and advertising. 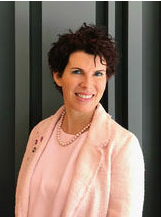 She was then appointed to the Four Seasons’ Southeast Asia regional office as Area Director of Human Resources and Training.

Gen McKenzie said Hospitality is where my heart is and I’m excited to be returning to this dynamic industry at a time when ONYX Hospitality Group is expanding rapidly into new markets and territories.

I look forward to being a part of the Group's growth and its renewed focus on company culture and employee engagement as we continue our journey of becoming the top medium-sized hospitality player in the Asia-Pacific region.

Based in Bangkok, ONYX Hospitality Group has a growing regional portfolio of 47 operating properties across three core brands in eight countries.

The Group has a robust development pipeline of close to 30 new properties in markets such as Vietnam, Malaysia and Australia, and has set a target of having 99 hotels by 2024 as part of its medium-term road map.