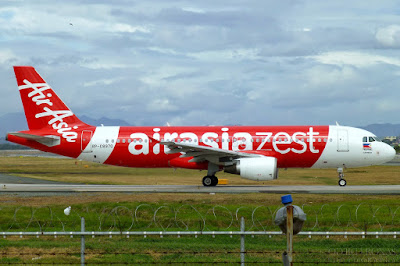 Philippines AirAsia launched services between Cebu (CEB) and Hangzhou (HGH) on 18 May.

The LCC will operate the 2,243-kilometre airport pair twice-weekly, with flights departing Cebu late in the evening on Mondays and Fridays before returning from Hangzhou in the early hours on Tuesdays and Saturdays.

Flights will be operated by the carrier’s A320 fleet and there is no direct competition. OAG schedules show that the airline previously operated this route three times weekly for a short season between 24 January and 18 March 2017.

The Cebu link is the carrier’s only current connection to Hangzhou.

The 2,243-kilometre sector will be operated by A320s and faces no direct competition.

The LCC previously operated this route for a short period between January and March 2017.

On 10 May Cebu welcomed the inaugural Philippines AirAsia arrival from Shenzhen, with a musical accompaniment.

The first outbound flight to the Chinese city had departed late the previous night. The LCC will operate this 1,745-kilometre sector daily and faces no incumbent competition.

This domestic link will be operated daily with A320s and faces incumbent competition in the form of Cebu Pacific Air and Philippine Airlines, which both offer 10 flights per week.

Philippines AirAsia commenced two new links in the past week with the launch of flights from Cebu (CEB) to Shenzhen (SZX) on 9 May, and from Clark (CRK) to Cebu on 11 May.

The LCC will operate daily services with A320s on both the 1,745-kilometre Chinese sector, and on the 657-kilometre domestic link.

There is no direct competition on the Cebu-Shenzhen route, but Cebu Pacific Air and Philippine Airlines both already operate 10 weekly flights on the Clark-Cebu connection.

Philippines AirAsia CEO, Captain Dexter Comendador, said of the new service: AirAsia is a product of ASEAN (Association of Southeast Asian Nations) and we are so proud to be part of this region we call home.

We are thrilled to add another ASEAN destination into our ever growing network. With this launch, Philippines AirAsia now serves 17 destinations from Manila, with an 18th to Denpasar launching on 19 January, a route that the carrier will operate four times weekly.

There were celebrations at Bangkok Don Mueang to mark Philippines AirAsia’s first service from Manila.

Philippines AirAsia launched a new link between Manila (MNL) and Bangkok Don Mueang (DMK). The 2,200-kilometre connection will link the capital cities of the Philippines and Thailand with daily flights operated by A320s.

There is no direct competition, but schedules show that multiple carriers including Philippine Airlines and Thai Airways will operate a combined 46 weekly flights from Manila to Bangkok Suvarnabhumi during the week commencing 24 April.

AirAsia is a product of Asean (Association of Southeast Asian Nations) and we are so proud to be part of this region we call home, said Dexter Comendador, CEO Philippines AirAsia.

We are the only airline that carries I love Asean painted on our aircraft including the ASEAN logo.

AirAsia loves Asean is a commitment to help bridge communities and economies as we move toward even greater integration and mutual understanding.

Kajorndet Apichartrakul, Director, Tourism Authority of Thailand, said: We want to bring people across the Asean region closer together and further expand our Asean footprint to serve more and more communities.

We have 100% load for this inaugural flight and we hope to do more inter-Asean routes to serve every Filipino traveller’s needs and enable them to connect, do business and build socio-economic ties with neighbouring economies.

Celebrations were had at Clark Airport to herald the start of Philippines AirAsia’s new routes to Ilo Ilo, Puerto Princesa, and Tacloban, with the festivities also including a cake cutting ceremony.

There were also celebrations at Tacloban Airport to welcome the inaugural Philippines AirAsia service from Clark on 2 February.

The airline faces no direct competition on the Ilo Ilo and Tacloban routes, but the connection from Clark to Puerto Princesa is already operated three times weekly by Philippine Airlines.

The 653-kilometre route to Tacloban will be served four times weekly, while the 542- and 636-kilometre links to Ilo Ilo and Puerto Princesa will be operated three times weekly.

All three routes will be operated using the airline’s fleet of A320s.

Only the Clark to Puerto Princesa airport pair will face direct competition, with Philippine Airlines already serving this route with three weekly services.

These new routes mean that Philippines AirAsia has doubled its domestic connections from Clark, with the LCC already serving Davao, Kalibo and Caticlan from the airport.