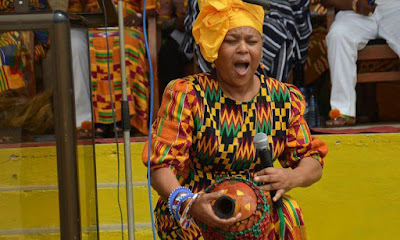 Recently the US government asked some Liberians who have been in America to go home within the year.

Many viewed this negatively considering the history behind the formation of Liberia.

But for some African Americans Liberia is the place to connect with Africa.

A leading pan Africanist Dr.Malachi York is leading a Movement that will see more engagement with Africa and it’s Diaspora by organising a Diaspora Festival slated for February 2019.

The United Nuwaupian Nation, on the need to boost the tourism sector in Liberia, is interested in producing its 2nd Annual Journey Home Festival (AJHF) in Liberia and it is dedicated to reintroducing Africans in America, UK, and the Caribbean to West Africa.

This particular installation of the Annual Home Journey festival will be Liberia’s “The Door of Return (DOR)”.

The Door of Return is a new name coined by the United Nuwaupian Nation for the Republic of Liberia, due to its history in embracing the return of Africans from the Americas and the Caribbean.

African Americans reportedly spend $48 billion (Mandala Research, 2011) in travel and leisure, and tend to seek out vacation sites that focus on African heritage.

Therefore, the goal for the 2nd Annual Journey Home Festival is for 3000 members of the United Nuwaupian Nation to travel to Liberia in February of 2019 Black History Month.

It is expected that its members, most of whom are investors will spend a minimum of $1000 per person which would infuse some US$3M in the Liberian economy.

They expect those numbers to triple in just one year as this will be an annual implementation.

This annual coming home festival may bring a lot of economic benefits to Liberia as a sovereign nation.

The Nuwaubian Nation or Nuwaubian movement is a religious organization founded and led by Dwight York.

York began founding the black Muslim groups in new York in 1967. He changed his teachings and the names of his groups many times, incorporating concepts from Judaism, Christianity, and many esoteric beliefs.

Liberia is one of those places where you need to be on your guard almost everywhere. Monrovia gets much worse at night, but it can be dangerous during the day as well.