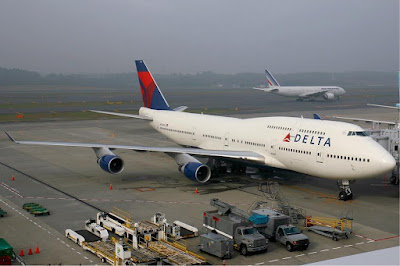 Last year, the airline introduced the suites, along with the all-new Premium Select class, on its new flagship, the Airbus A350-900.

Delta promised that the 777s would be all retrofitted with the upgraded cabin as well.

The Detroit-Beijing route will operate on alternating days with A350-900.

Up front, the DeltaOne Suites are laid out in the same 1-2-1 configuration the A350 has to offer, spread out through the first eight rows.

Immediately after, six rows of Premium Select are available on a 2-4-2 configuration, also the same as on the A350.

Each seat offers 38 inches of pitch, and 18.5 inches in width, together with individual in-flight entertainment screens, power ports, and internet connectivity.

In economy class, however, there’s a big surprise. The airline has kept the 3-3-3 configuration immaculate, staying away from the ubiquitous 3-4-3 layout that airlines like Emirates and Air France have decided to install on its tight 777s.

It is unclear, however, if Delta has also refurbished the Economy Class seats or kept the same it currently has.

The Atlanta-based giant introduced the Airbus A350 in October 2017, and since then has taken delivery of nine aircraft.