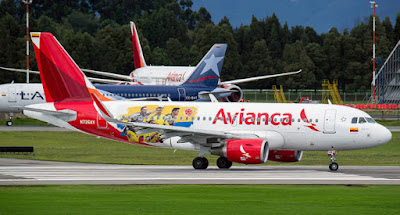 Starting on June 2, Boston will become Avianca’s 35 international destination from its Bogota.

The announcement came only three weeks after the airline announced its Bogota to Montevideo flight.

Boston will be served with four weekly flights, departing from Bogota at 14:40 on Mondays, Wednesdays, Fridays and Saturdays, arriving in Boston at 21:57.

The return leg will leave Boston on Tuesdays, Thursdays, Saturdays and Sundays at 00:27, and will be back to the Colombian capital at 05:57, all local times.

Avianca will become the third Latin American carrier at Boston, with Aeromexico that has five weekly flights to Mexico City and Copa Airlines, which offers daily flights from Panama City.

The Colombian airline announced an increase to a daily flight in the service to Los Angeles, effective from March 26.

The schedule will also be adjusted to an earlier departure from Los Angeles to Bogota, which currently leaves Los Angeles at 10:15, arriving at Bogota at 19:30.

The new schedule will be changed to leave at 02:29 from Los Angeles, arriving in Bogota at 11:44, all local times.

The Bogota – Los Angeles route is served by Avianca’s 250-seat Boeing 787-8 Dreamliner, with 28 seats in business class and 222 in economy class.