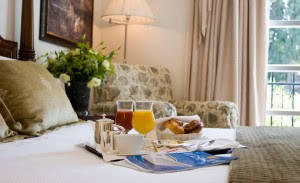 The new accommodation tax set to take effect next year is expected to put a damper on plans by smaller hotel units to renovate or upgrade and inhibit investments in tourism, according to Central Greece Region Deputy Governor Ioannis Kontzias.

Kontzias, who oversees tourism, sports and culture issues, said the new levy, the so-called stayover tax to be imposed as of January 1, 2018, on hotels and furnished rooms/apartments for rent will restrain hotel owners from taking measures to upgrade to a new category.

It will be calculated based on the number of overnight stays and the category of the accommodation unit, ranging from 50 cents to four euros per room.

These units, Kontzias says, are already offering friendlier rates, while the tax will instead serve as a disincentive, turning away all potential investments in the sector including plans to upgrade existing units or set up new hotels.

Greece’s hoteliers are up in arms over the government’s decision to impose the new tax.

In the meantime, Kontzias said Central Greece regional authorities have already been implementing a far-reaching plan to promote the area’s tourism offerings and are seeing results primarily in the markets of Romania, Israel and Serbia.

Greece’s hoteliers are up in arms over the government’s proposal to impose a new accommodation tax for each night spent in the country’s hotels.

The reform is included in a new package of proposals for measures, the Finance Ministry has sent to the country’s creditors in order to cover a fiscal gap of 5.4 billion euros.

The new hotel tax, although not clearly defined, is said to be calculated based on the number of overnight stays and how many stars a hotel has.

The president of the Hellenic Chamber of Hotels, Yiorgos Tsakiris, said the proposal was highly dangerous and that any further burden to the competitiveness of the country’s tourism product after the tax increases would be disastrous and would essentially negate the possibility of Greek tourism sustaining government revenues and providing jobs to Greeks.

The Hellenic Chamber of Hotels has already taken all necessary actions to the relevant authorities, warning of the grave consequences and requesting the cancellation of such plans,he said in an announcement on Wednesday.

On its part, the Hellenic Federation of Hoteliers said that any proposal or intention of imposing further charges to the country’s tourist product, particularly by increasing the cost for foreign or Greek travelers, is unrealistic and directly undermines Greek tourism’s competitiveness, which has already been hit by the doubling of the VAT charge for enterprises.

The federation reminded that the market of private holiday rentals,unregistered private apartments has been left untouched by the government as it continues to operate freely and not under a legal, institutional and fiscal framework.

The federation pointed out that the government could collect unpaid taxes from at least 12 million overnights spent in such lodges.

The General Secretariat of Public Revenue on Thursday issued a circular that includes details on how a new levy will be charged to Greek accommodation units.

The new levy or the so-called stayover tax — will be imposed as of January 1, 2018, to hotels and furnished rooms/apartments for rent and calculated based on the number of overnight stays and the category of the accommodation unit, ranging from 50 cents to four euros per room.

The new levy is part of an austerity package passed by the Greek government in May.