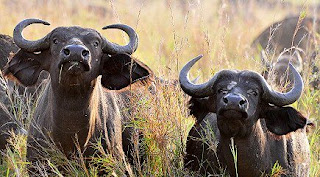 “Sustainable, nature-based tourism directly benefits our people and communities, and is an important vehicle for rural development, given the location of many conservation areas in rural areas,” Minister Molewa said.

She made the comments on Monday as the Department of Environmental Affairs marked the International Day for Biological Diversity, under the theme ‘Biodiversity and Sustainable Tourism’.

According to the department, South Africa is amongst the world’s most mega bio-diverse countries, and its well-managed natural resources have made it a premier destination for tourists.

In 2016, more than 10 million tourist arrivals were recorded in South Africa, representing a 13% increase from the previous year.

In the 2016/17 financial year, six million people visited the 19 parks that are managed by South African National Parks (SANParks).

“Tourism has to be developed in harmony with environmental considerations. Sustainable tourism can generate employment and income, thus providing a strong incentive for conservation,” Minister Molewa said.

She said through tourism, public awareness can be raised about the many goods and services provided by biological diversity and the need to respect traditional knowledge and practices.

“Nature-based tourism, or rather eco-tourism, is recognised as a driver and critical component to the sustainability and efficacy of conservation management,” Minister Molewa said.

Tourists are attracted by biological and physical resources, while ecosystems provide the much need resources, such as water and food that supports the tourism sector.

The department said if tourism is not sustainably managed, it may lead to the degradation of the natural environment.

“The conservation of species and ecosystems protection, in conjunction with the promotion of energy and water efficient practices, overall supports responsible tourism,” Minister Molewa said.

The theme for the International Day for Biological Diversity was chosen to coincide with the observance of 2017 as the International Year of Sustainable Tourism for Development, as proclaimed by the United Nations General Assembly (UNGA).

The United Nations in 2000 adopted a proposal to proclaim May 22 the International Day for Biological Diversity (IDB) to increase understanding and awareness of biodiversity issues.

“The implementation of the National Tourism Sector Strategy aimed at the development of sustainable and inclusive tourism for the benefit of all South Africans, as well as the ‘I Do Tourism’ campaign launched by South African Tourism is moving South Africa forward to make Biodiversity and Sustainable Tourism a reality,” the department said.