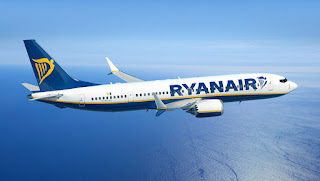 A Ryanair Boeing 737-800 performing flight from Berlin Schoenefeld (Germany) to Bucharest Otopeni (Romania) with 183 people on board landed on Otopeni’s runway but overran the displaced end of the runway, damaged a runway end light and came to a stop on the paved surface of the runway.

The aircraft was able to immediately turn onto the next taxiway and taxi to the apron.

There were no injuries, the aircraft sustained minor if any damage.

The aircraft was still on the ground at Otopeni Airport preparing for flight FR-1008 to London Stansted, EN (UK) at 15:32Z.

The aircraft actually departed to Stansted at 15:56Z. Romania’s CIAS reported they were notified about the occurrence at 10:51L and are investigating the runway overrun.