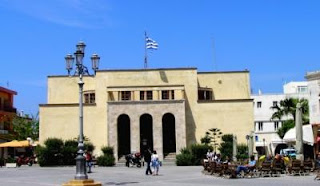 The Archaeological Museum of Kos reopened on Saturday, July 29, after it remained closed for a week following a strong earthquake on July 21.

According to an announcement by the Ministry of Culture, the museum’s ground floor was accessible as of 29th July, while the first floor will resume operation in the coming days.

The Ministry of Culture conducted inspections on the building and the artifacts. Three sculptures and a small number of clay vases and glass artifacts have been removed from the collection, as they have suffered damage and need to be restored.

Furthermore a head statue and a marble sculpture have been removed in order for the conservators to repair their pedestals.

The earthquake that hit the island last week measured 6.6 on the Richter scale.