UAE: Etihad Made A Loss Of $2 Billion Although It Received $1.7 Billion In Subsidies

An analysis from forensic accountants on behalf of the Partnership for Open & Fair Skies has revealed that Etihad Airways suffered a $2.06 billion operating loss in 2015, even as the airline received $1.7 billion in new subsidies from its government.

The accountants also discovered that Etihad had an operating loss of $1.4 billion in FY2014, demonstrating a continuing pattern of significant losses that would have driven a non-subsidized airline out of business. 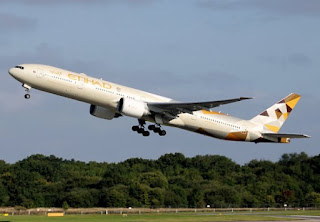 Over the years, Etihad has avoided transparency by not releasing its financial statements to the public.

Forensic accountants recently uncovered the FY 2015 financial documents, and they show that the airline received significant new subsidies from the government of Abu Dhabi in FY2015, without which it is doubtful the airline could have funded its operations.

- Etihad received another $1.4 billion cash injection from the government of Abu Dhabi in 2015, on top of the government’s contribution of $2.5 billion in 2014

- Etihad received another $270 million interest-free government loan, with no obligation to repay the loan in the foreseeable future

- Etihad recorded a $1.9 billion gain by selling its loyalty program and cargo related subsidiaries to a related party. However, as of December 31, 2015, it had not received any cash in respect to these transactions.

Without its annual allowance from its government owners, Etihad Airways would not be able to exist.

It is time for the Gulf carriers to stop relying on their governments’ treasuries and to start competing fairly with the rest of the world.

The $1.4 billion cash injection is the latest evidence of the UAE’s massive subsidization of its state-owned airlines, Etihad and Emirates Airways.

To date, the UAE government has provided over $26 billion in government subsidies to its airlines.

These massive government subsidies allow the three Gulf carriers to distort the global aviation industry and operate with a significant market advantage.

Due to these subsidies, Gulf carriers are able to aggressively expand into new markets and start new routes without having to consider issues of profit or demand.

This has resulted in a trade cheating scheme that threatens the jobs of more than 1.2 million American workers and critical airline services that communities across the country rely on.