VENEZUELA: Airlines To Suspend Venezuela Operations,instability in the country and poor performing economics 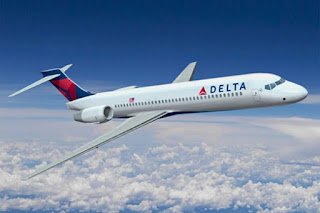 A number of airlines, including Delta Air Lines and Avianca Airlines, intend to suspend their services to Caracas.

According to the letter submitted by Delta to the Venezuelan National Institute of Civil Aviation, the last flight DL781 from Atlanta to Caracas will be held on Saturday, September 16, 2017.

The return and final farewell flight to Atlanta, DL802, will depart Caracas the following morning on September 17, 2017.

Delta has not published an official statement on the cancellation of the route.

Earlier Avianca also announced the suspension of its daily services to Venezuela.

The airline also suspended all tickets sales to and from Venezuela effective immediately.

In a press release, the carrier said the decision was taken last night in a meeting with the Colombian Aviation Authorities in Bogota, due to the great struggle the airline is currently dealing with to maintain service to Venezuela.

After 60 years of service in Venezuela, Avianca regrets this difficult decision, but our duty is to warranty the security of the operations,said Hernan Rincon, President of Avianca Airlines.

As a company, we have the disposition and will to return operations, once we have the required conditions.

Delta and Avianca claim that the current instability in the country and poor performing economics are the main drivers in such harsh decision.

Both airlines will now join the ever growing list of carriers that have already ceased flying to Venezuela: Air Canada, Alitalia, Lufthansa, LATAM, GOL, Insel Air, Dynamic, Aeromexico, and United.

The last standing U.S.-based carrier flying to Venezuela, American Airlines (AA), has also taken drastic measures ahead of the dramatic political situation the South American country is going through.

Initially flying to Caracas from Dallas-Ft. Worth (DFW), New York (JFK), and Miami (MIA), AA decreased its connectivity to the Venezuelan capital to just two daily flights between Miami and Caracas.

Numerous frequent flyers based in Caracas commented on social media how this affects their connectivity to the United States, especially now that United is gone and AA remains with two daily flights.

No crew members are interested in flying to Venezuela. They say it is too unsafe.

If American decides to leave, chances to fly to the U.S. on reliable carriers are gone.

Airline Avianca says it will stop flying to Venezuela due to operational and security reasons.

The Colombian company is the latest to suspend its flights to the South American country amid a growing economic and political crisis.

US airline Delta also announced in a tweet that it was suspending services to Venezuela from mid September.

Avianca has operated in Venezuela for 60 years.

The airline, one of the biggest in Latin America, said customers who had bought tickets for flights departing after that date would be reimbursed fully.

Airlines still operating flights to Venezuela include Air France, Iberia, Air Europa and TAP, but Venezuelans have complained about the increasing difficulty of getting flights in and out of the country.

Many used Avianca's twice-daily Caracas to Bogota route to connect with other flights.

With fewer flights available those having to book at short notice sometimes struggle to get seats.

The team had to use chartered planes because a shortage of seats stopped them taking commercial flights to Australia, Venezuela's charge d'affaires Daniel Gasparri-Rey said.

But when the chartered planes were delayed and it became clear the team would arrive too late to take part in the tournament, they turned back, the diplomat said.

Player María José Pérez said the team members felt frustrated because they had been robbed of the chance to make an impression at the tournament, for which they had qualified for the first time.

These are airlines that have opted to suspend flights to Venezuela:

Would you be happy to travel to Venezuela, with all that chaos and insecurity?

Think more than once.