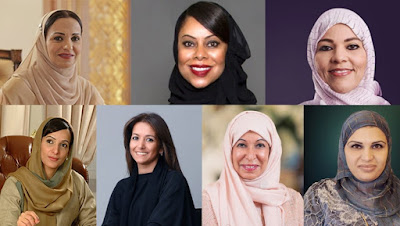 Seven high achieving Omani women have been ranked in the influential Forbes list of most powerful businesswomen in the Arab world 2017.

Hind Bahwan, founder and chair at Bahwan Cybertek, has been ranked 33 in the list and Huda Al Lawati, Chief Investment Officer at Savola group, ranked 63.

To compile the rankings, Forbes collected information from annual reports and company websites. It also took into account company revenues or GDP in the case of government departments and ministries, years of experience and scope of the role of the ministry.

The women featured all represent some of the best known organisations in Oman that include operations in oil and gas, IT, automotive, banking, food and retail and other sectors.