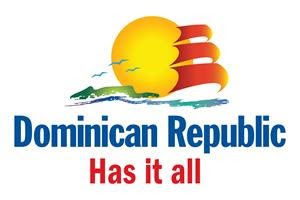 Most notably in Colonial City, the country’s only current UNESCO World Heritage Site.

The announcements include museums, hotel properties, activities and more, and the country expressed great enthusiasm for the projects to come.

The first discovered city of the New World has experienced booming growth in recent years and is on track to exceed those metrics.

The Santo Domingo Meeting, Incentives Convention and Events (SDQ MICE) of the Hotel Association from Santo Domingo announced updates and additions to further position the capital city as the premier destination for meetings.

The group opened with a new promotional video of Santo Domingo presenting the capital city’s offerings of 4,000 rooms and 1,500 conference rooms.

To help further accommodate this growth, several major hotels in Santo Domingo will be updated in the coming year.

To support Santo Domingo’s objective of establishing the city as the most culturally diverse destination in the Caribbean, the Ministry’s Tourism Development Program of the Colonial City announced a series of attractions.

Most notably the Underwater Heritage Museum, a subaquatic patrimony that will house nearly 1,200 underwater shipwreck treasures including relics of the 15th century Santa Maria of Christopher Columbus.

The attraction located in the Colonial City is set to open in June and is anticipated to be one of Santo Domingo’s, and the country’s, most noteworthy museum.

A $31.5 million Dominican State investment was announced with financing from the Inter-American Development Bank (IBD), which will provide improvements to increase the Santo Domingo experience, including introducing a series of 10 public walking routes through the Colonial City.

This summer, the series of 10 new tourist routes through the zone, including the Must see route - Ruta Imperdible, will offer a quick glance through 500 years of history.

MITUR is dedicated to expanding the country’s multi-destination offerings, as such these announcements are complemented by increased transportation initiatives from destinations such as Punta Cana, Bavaro among others to the capital city.

The group also shared its latest statistics and pending improvements of the Colonial City:

- 500 new businesses in the last 5 years, mostly belonging to the orange economy in aim at the tourism sector
Updates to sidewalks, and renovations of houses and local buildings

- To learn more about Dominican Republic and how you can incorporate this year’s travel trends into your trip, visit www.GoDominicanRepublic.com.

Surrounded by the Atlantic Ocean on the north and the Caribbean Sea on the south, our lush tropical and paradisiacal country boasts nearly 1,000 miles of coastline, magnificent resorts and hotels, and a variety of sports, recreation and entertainment options.

Here you can dance to the pulse pounding thrill of the merengue, renew in our luxurious and diverse accommodations, explore ancient relics of centuries past, delight in delicious Dominican gastronomy or enjoy ecotourism adventures in our magnificent national parks, mountain ranges, rivers and beaches.

Known for warm and hospitable people, Dominican Republic is a destination like no other, featuring astounding nature, intriguing history and rich cultural experiences like music, art and festivals, plus uniquely Dominican specialties such as cigars, rum, chocolate, coffee, merengue, amber and larimar.

Dominican Republic features the best beaches, fascinating history and culture, and is a chosen escape for celebrities, couples and families alike.