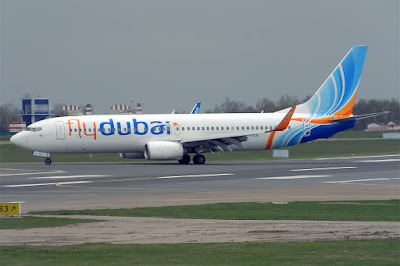 Flydubai says it will operate from both Dubai International, Al Maktoum Airport.

Budget carrier flydubai confirmed on Monday it will not be moving its operations out of Dubai International Airport and into Al Maktoum Airport, and that it will expand its operations in both airports.

The word is not move, it’s expanding in both airports, said Ghaith Al Ghaith, chief executive officer of flydubai.

Flydubai currently operates out of both airports, with its hub at Dubai International, the busiest airport in the world in terms of international passenger traffic.

Dubai has been working to expand the city’s second airport, Al Maktoum International to absorb expected growth in visitors to Dubai.

Al Ghaith also discussed the carrier’s expansion plans as well as challenges in the operating environment.
The CEO said he saw lots of opportunities in Europe, especially in east and southern Europe.

On Sunday, flydubai announced it will launch direct flights to Helsinki from October 2018.

The launch will make flydubai the first UAE-based carrier to offer year-round services between Dubai and the Finnish capital.

Al Ghaith said flydubai will be launching flights to other routes with a similar DNA to Helsinki.

He said these routes, which are now more viable given flydubai’s partnership with Emirates Airline, will be in Europe, Asia, and Africa.

In July 2017, Emirates and flydubai announced a partnership agreement that include code-sharing and schedule alignment.

On Monday, Emirates and flydubai released passenger numbers for the first six months of their partnership that was announced in July 2017.

The first code-share flights started in October 2017, and in the six months since then, over 400,000 passengers have taken advantage of the partnership.

The two airlines currently code-share on more than 90 destinations, with more routes expected in the coming months including Catania, Thessaloniki, and Helsinki.

Al Ghaith said the next phase of the deal will be to add more destinations, and said the partnership has enhanced revenues for flydubai as it attracts more passengers.

With its partnership, flydubai is now on an expansion drive for the long-term.

At the Dubai Air Show in November, the carrier announced a $27-billion-order for 225 Boeing 737 MAX aircraft, a deal that will more than triple its fleet of around 60 aircraft.

While Al Ghaith did not provide details on how the carrier plans to finance that purchase, he confirmed that flydubai will not be tapping financial markets through a bond issuance to raise capital.

He said, however, that the company is looking at all available instruments, including its own resources, bank loans, and sell and leaseback deals.

I think everyone forecasted it would be in the $60-plus range.