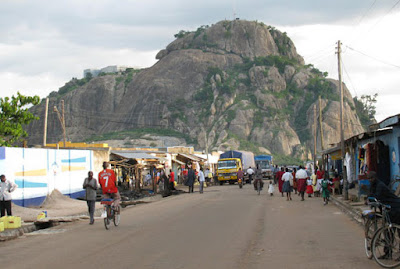 Soroti is the main municipal, commercial, and administrative centre of Soroti District in the Eastern Region of Uganda, lying near Lake Kyoga. It is known for the rock formation near the town

Soroti is approximately 112 kilometres (70 mi), by road, northwest of the city of Mbale on the highway between Mbale and Lira.

The 2002 national population census estimated the population of Soroti at 41,600.

- Headquarters of the Roman Catholic Diocese of Soroti (SOCADIDO)

- Mbale-Lira highway, which passes through the center of town in a north-west/south-east direction.

The school is based at Soroti Airport, in the town of Soroti in the Eastern Region. It is approximately 228 kilometres (142 mi), by air, north-east of Entebbe International Airport, Uganda's largest civilian and military airport.

EACAA was founded in September 1971 under the Directorate of Civil Aviation of the EAC.

The government of Uganda, the East African Community (EAC), the United Nations Development Programme, and the International Civil Aviation Organisation were the major contributors.

When the first EAC collapsed in 1977, the Ugandan government took over the management and maintenance of the school.

In 2012, the government began the process of returning the school to the EAC.

In late 2013, the Ugandan government entered into preliminary discussions with Integra, a private Danish aviation company, to improve and manage the school at international standards under a public-private-partnership (PPP) arrangement.

Discussions at the Ugandan cabinet level have also been held about returning the school to the EAC.

In 2014, the EAC Council of Ministers agreed to take it back.

On 3 July 2014, the presidents of Kenya, Uganda, and Rwanda agreed in principle to re-instate the EACAA as one of the centres of excellence in the EAC.

There are several theories surrounding how Soroti town came to be named so, but the common one is that there was a first black man who lived at the slopes of the rock behind Soroti Hotel named O’Solit.

He was a business man who used to trade in salt together with the Indians, so when Semei Kakungulu, an agent of the colonialists came to Teso, they had a problem mentioning the letter ‘L’ which they eventually replaced with the letter ‘R’, Soroti.

The only sources of water were spring wells located in Oderai, Aliabu, Nakatunya, and later the fisrt borehole was constructed in the public gardens.

There were no trading activities by the locals; business was purely being done by the Indians.

The first administration of Soroti started at where the current Church of Uganda land is, and it was called Native Authority (NA).

The logo was that of hippopotamus (Emiria). The services of police, health, prisons, education, spiritual and others were within the same premises. 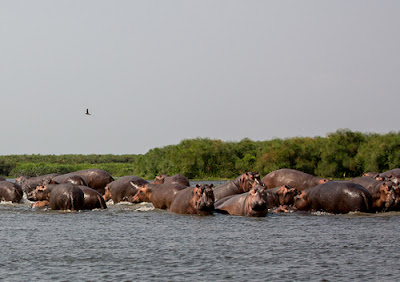 Sir Andrew Cohen was the first governor of Eastern province. He built the public gardens of Soroti in 1951, after which it was opened by Thomas Cook.

The roads, and the administrative buildings, and the muvule trees were constructed and planted by Semei Kakungulu.

The places in the wards of Northern, Eastern and Western were then named basing on what was happening then. For instance;

Kengere ward is a Luganda ward which means ‘bell’ was famous for ajono-a local brew drinking, so whenever the customer for ajono needed hot water, he or she would always ring the bell in order to alert the booze owner to deliver water. Kengere was a noisy place.

Kichinjaji is a Kiswahili ward meaning slaughter. This is the place where people who used to slaughter animals stayed. There were very many butcher dealers in that area.

Camp Swahili is also a Kiswahili ward meaning an area where Kiswahili speakers used to stay. These were mainly the Mulubis, Kakua, Alur, Madi etc.

Nakatunya, is a Luganda word, meaning water leakage. There were so many spring wells in the area.

Madera is a Mulubi ward, meaning a place where short people used to stay.

Kigandani is also Luganda ward where people where foreigners used to stay.