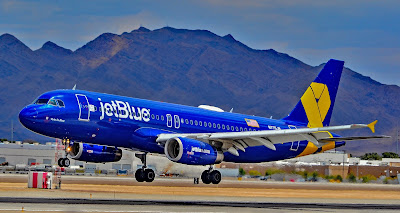 JetBlue has announced today the itineraries for its new scheduled flights to Havana, which is set to become the carrier’s 100th destination served.

The capital city of Cuba will be served by daily round-trip flights from three JetBlue focus cities on the airline’s newest Airbus A321 aircraft and its award-winning customer service.

The carrier already serves Cuba. Its maiden service from Fort Lauderdale to Santa Clara was the first regularly scheduled airline service between both countries in 50+ years.

Before the thawing of diplomatic relations between Cuba and the United States, special charter services, as well as relief and humanitarian flights were allowed only.

JetBlue has long run charters to Cuba prior to commercial flights.

Our historic first flight kicked off a new era in travel to Cuba, and once again JetBlue will make history with flights that finally make flying to the Cuban capital simple, affordable and enjoyable,” said Robin Hayes, president and chief executive officer, JetBlue.

It’s remarkable that a startup airline less than 17 years old will mark Havana as its 100th destination.

With service to Havana, JetBlue – which launched its first flight in February 2000 – will serve 100 destinations across 22 countries in the U.S., Latin America and the Caribbean.

Coincidentally, Havana will be Southwest Airline’s 100th destination as well.

In 2015 and 2016, JetBlue had been a solid middle-of-the-pack performer, but terrible results in every category related to delays and cancellations doomed it last year.

This made JetBlue's showing in the 2018 edition of the Airline Quality Rating report all the more shocking.

Despite its flight delay woes, the carrier marginally improved its score year over year and placed third overall among the top 12 U.S. airlines up from fourth a year earlier.

JetBlue's surprisingly good score was driven by substantial improvements in its performance during the second half of 2017: particularly in November and December.

This puts the carrier in good shape as it tries to move further up the rankings this year.

The annual Airline Quality Rating study attempts to measure the quality of airlines' operations as objectively as possible. Airlines are scored on four criteria:

2) the rate of involuntary denied boardings i.e. passengers getting "bumped" from a flight;

3) the percentage of checked bags that are lost or arrive late;

4) the rate of official complaints by passengers to the U.S. Department of Transportation.

In the 2018 report, Alaska Airlines a unit of Alaska Air came in first for the second consecutive year.

Meanwhile, Delta Air Lines came up just short of the No. 1 ranking again, although it would have reached first place if the researchers had treated Alaska Airlines and its merger partner Virgin America as a single airline.

It was No. 2 in the industry on that dimension, making up for its poor on-time performance. JetBlue's complaint rate was somewhat better than the industry average, while its rate of involuntary denied boardings was somewhat worse.

JetBlue faced a series of challenges in 2017. First, it had to deal with runway closures at its two largest bases: New York's JFK Airport and Boston's Logan Airport.

Both airports are heavily congested during the best of times. The runway closures caused delays to spiral out of control, hurting JetBlue disproportionately.

To be fair, JetBlue also contributed to its problems by not building enough cushion into its flight schedules, something it has fixed for 2018.

At JFK, one runway was closed from late February through early June and then from September to mid-November.

There was also nighttime work over the summer. As a result, the number of air traffic control delays roughly doubled. In Boston, a major runway was closed from mid-May until late June, with additional work continuing until November.

Second, JetBlue's big presence in Florida and its position as the No. 1 airline in the Caribbean meant that it was hit hard by Hurricanes Irma and Maria in September. These storms caused thousands of flight cancellations and even more delays.

The net result was that JetBlue's on-time arrival rate averaged just 66% from May to September, trailing the industry average by more than 12-percentage points.

As a result, JetBlue bumped passengers at a higher rate than any other airline in the first quarter of 2017 even though it never overbooks its flights!

By mid-November, JetBlue no longer had to cope with runway closures at its top two airports.

It had also taken several steps to improve reliability, such as reducing aircraft utilization, padding its schedules with extra time where necessary, and implementing new procedures for boarding and cleaning its aircraft.

Involuntary denied boardings plunged from 1,415 in the first quarter to just three in the fourth quarter. Not surprisingly, this also reduced customer complaints compared to the rest of the year.

As a result, JetBlue posted the best quality score in the industry in December and trailed only Delta in November.

Indeed, JetBlue has started 2018 with another uptick in flight delays and cancellations due to a series of severe winter storms that hit the Northeast.

Yet the carrier has shown that over the course of a normal year, it can hold its own with the best in the industry in terms of overall service quality.

That's of critical importance because Alaska and Delta are two of JetBlue's biggest competitors and will use any advantage to steal its customers.

Lumo, a Boston-based travel technology startup, is telling airlines it can peer into the future and know which flights are likely to be delayed hours or even days in advance.

Three years into its life, the company which helps airlines and corporate travel managers preventatively rejigger routes and itineraries said Monday it had received a $2.3 million seed round.

Frankly, the dollar amount is unimpressive. But the companies backing the startup are notable.

Leading the round is JetBlue Technology Ventures, the San Carlos, California-based investment arm of the U.S. airline JetBlue Airways.

Another investor is Founders Factory, a London incubator and accelerator whose travel program is backed by UK airline EasyJet.

Lumo has been mentored in the program this winter, which is where it gained insights into the European travel market and regulations and received help with marketing, such as by rebranding from FlightSayer to Lumo.

Plug and Play, a Silicon Valley-based accelerator that has worked with many travel startups, is also an investor. This spring, Lumo will receive mentorship there.

The latest investment round also includes a stake from an unnamed strategic investor, which is likely a major airline or a travel management company.

These companies want help rebooking flexible travelers when the chance of flight disruption is greater than 75 percent based on various factors including historical performance, seasonal trends, the time of day, day-of-the-week, and airline track records.

In one test, a travel management company was overseeing travel for an event with about 1,000 guests when a winter storm hit.

Lumo’s web-based dashboard showed the likelihood of the event’s speakers and other very-important-people having their flights canceled. That information enabled the travel managers to put into action back-up plans.

Consumers may be interested in Lumo’s predictions, which are free online.

Type in your travel date, flight number, and airline for a trip within the next few weeks and the company will offer an easy-to-understand prediction of the chance of different lengths of delay.

In January 2018, for example, 18 reporting U.S. airlines had one out of five their flights arrive outside of 15 minutes of their schedules, the U.S. Bureau of Transportation Statistics said.

That on-time rate was roughly as poor as the same month in the past few years. It also represents a lot of irritated flyers, especially as a result of so-called Nor’Easters, or winter storms in the northeastern U.S., that prompted many delays and cancellations this winter.

With Lumo’s analysis, travel management companies may flip that story without needing to make tradeoffs on their bottom lines.

Travel managers can rebook passengers, earning customer loyalty that justifies their overall fees. They can also minimize drama at the gates.

That drives down labor costs because agents spend less time rebooking passengers at the last minute — when alternatives are fewer.

Another impressive aspect of this otherwise humble startup is that it has received $1.75 million in grants from the U.S. National Aeronautics and Space Administration (NASA) to model airspace efficiency between 2015 and next month.

That work lay the groundwork for Lumo’s broader business, which uses machine learning and reams of data to make forecasts.

The space agency was impressed by the street cred of the company’s founders. CEO Bala Chandran earned a Ph.D. at the University of California, Berkeley. The full-time chief technology officer is Diana Pfeil, who earned a doctorate from MIT.

For carriers, Lumo holds promise in that it might help them streamline their operations for potential cost savings, with fewer gate agents needed on the front line of customer support.

On the enterprise side, it risks being outgunned by the resources of established players. Its lack of automation and of integration with travel management companies tools are also drawbacks preventing rapid scaling up.

Since 2016 Amadeus has offered airlines a so-called schedule recovery system with Qantas as the first airline to try it.

On the consumer side, Google has, since November 2017, been rolling out flight disruption alerts via its flight search tool.

It’s unclear how Lumo, which only has a dozen employees, can compete.

The company also hasn’t put its predictions to the test against a third-party analysis.

And while being an improvement over guesswork can help, the company still might miss an enormous number of delays. Everyone should beware of hype potential.

Another startup, Cambridge, Massachusetts-based Freebird, provides technology to cope with a disruption once it has been identified. It offers some predictions. Lumo doesn’t offer a fulfillment tool like that, in comparison.

The startup’s introduction to airline executives through accelerator programs also may not translate into deals.

Neither JetBlue nor EasyJet, for example, operate network airlines with the types of complexity that are truly prone to disruptions. Neither carrier has signed a commercial agreement or doing a test pilot with Lumo.

Chandran countered that his company is doing a pilot this spring with a major international airline and that — if the test succeeds — the carrier will become a reference customer.

Hubris can harm many prediction-based startups. All it takes is one Icelandic volcano to spew up ash clouds and ground air traffic control to a halt.

Chandran admitted that his company’s predictions are much more valuable for routine disruptions that can cause business travelers to miss flights and meetings.

You can look out the window, and it seems sunny, but the fog at the airport may lead to reduced visibility and cause delays.

That may be so, but the company risks overstretch by trying to appeal to both travel management companies and enterprise customers along with the development of consumer mobile apps.

A consumer app for iPhone and one debuting shortly for Android devices offers alternative flight suggestions when delays happen.

Yet if Lumo can pull off its predictive tech accurately and cost-effectively, the president of JetBlue Technology Ventures, Bonny Simi, said that would mark a significant change.