UAE: Flydubai To Commence Direct Flights To Helsinki From 11 October 2018 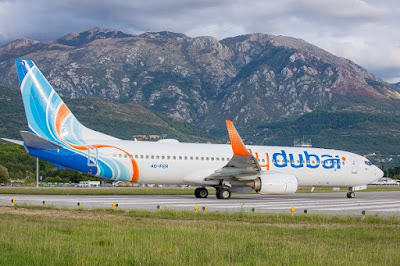 Flydubai has announced the launch of direct flights to Helsinki.

The daily service will start from 11 October 2018. Flydubai becomes the first airline to offer a year-round service between Dubai and Helsinki.

The carrier will operate the new route on its brand-new Boeing 737 MAX 8 aircraft with flat-bed in Business Class and enhanced Economy Class offering.

The Helsinki route will be code shared with Emirates as part of the Emirates’ and Flydubai’s partnership.

Emirates and flydubai revealed on Monday strong passenger numbers for the first six months of their partnership.

The partnership initially began with codeshare flights to 29 cities, and this has since expanded to meet growing demand.

flydubai currently flies to a total of 97 destinations, 80 of which are not served by Emirates, bringing the total combined network offering to 206 unique destinations.

Both Dubai-based airlines said they will continue to offer customers greater choice and flexibility across their networks, with codeshares to more than 90 destinations today.

New codeshare flights recently launched include Krakow, Dubrovnik and Kinshasa with more destinations expected in the coming months such as Catania from June 13, Thessaloniki from June 15 and Helsinki from October 11.

Sheikh Ahmed bin Saaed Al Maktoum, chairman and CEO of Emirates Group and chairman of flydubai, said: We’re really pleased with how well the Emirates and flydubai partnership is going – based on bookings and the feedback from our customers and trade partners.

We have seen a strong demand for travel on combined Emirates-flydubai itineraries from Europe and the United States to the Middle East and West Asian destinations.