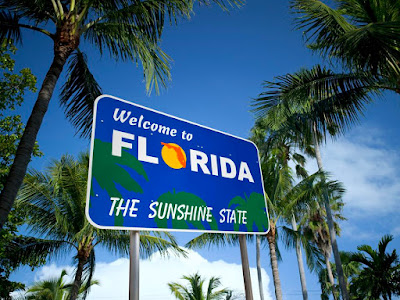 Florida’s tourism arm is touting marketing efforts that attracted an increase in travelers from America’s northern neighbor, less than a year after admitting the state had taken its Canadian visitors for granted.

Visit Florida announced Monday that its expanded attention on Canada played a role in the nearly 4 percent growth in tourism from 2016 to 2017.

The rise in Canadians comes as the state continues to experience a decline in overseas travel, which has fallen more than 6 percent over the past two years.

By creating innovative programs such as the Canadian Power Play Program and the Canada Takeover, we made it more exciting and affordable to visit the Sunshine State, Visit Florida President and CEO Ken Lawson said in a press release.

We will keep working to send a warm, open and welcoming message to our Canadian friends, and let them know that there is no better time than right now to visit Florida.

The takeover was the fall and early winter marketing campaign, which included wall murals; digital columns and digital billboards; advertising on underground transit networks in Toronto and Montreal; partnership programs with The Weather Network, Air Canada Vacations and Expedia.

Visit Florida spent $1.8 million last year on its Canadian marketing efforts, up from $1 million in prior years.

Susan Harper, Consul General of Canada in Miami, said in the press release the marketing effort resonated with Canadians for its focus on warmth, diversity, openness and inclusion.

Last July, Lawson told a group of Canadian tourism industry leaders that the public-private tourism agency had taken this market for granted.

We have the snowbirds with their Florida vacation homes. They're kind of like, We've been there, done that.

We have new Canadians. And we have the millennials, and they're saying, We don't want to do what our grandparents did, Lawson said while in in Toronto for meetings with travel industry leaders.

Scott traveled to Toronto in November for a two-day tourism and business mission to announce the marketing plans.

The estimated number of Canadian tourists grew from 3.35 million in 2016 to 3.48 million last year.

The latest numbers from Visit Florida were slightly revised upward, using input from Statistic Canada, since first posted on March 20.

Tourism numbers from Canada had been falling since a high of 4.2 million in 2013, due in part to the weakened Canadian dollar against its U.S. counterpart.

The tourism numbers for the first quarter of 2018 are not expected until mid-May.