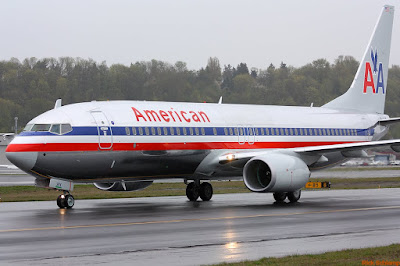 Boeing and American Airlines have announced a massive 47 aircraft order for the 787 Dreamliner.

American Airlines also announced that it had canceled its order for 22 Airbus A350-900 aircraft that it inherited from US Airways.

We are extremely honored that American Airlines, is deepening its commitment to the 787 Dreamliner.

The announcement was initially posted on Boeing’s website homepage Friday afternoon but was quickly taken down. Airways was able to pull up the post through cached data on Google.

We are showing again and again that the 787 Dreamliner is the champion in its class. The airplane’s tremendous value proposition explains why it has become the fastest selling twin-aisle jet in history, said Ihssane Mounir, senior vice president of Commercial Sales & Marketing for The Boeing Company.

And when we match the Dreamliner with Boeing’s suite of services, it is a combination that delivers unbeatable value for our customers.

The announcement comes two weeks after Airbus had ended talks with American Airlines for the Airbus A330neo. The lack of an A330neo order combined with the cancelation of American’s A350 order is a major blow to Airbus in the post-Leahy era.

In a release to investors, American touted the Dreamliner order as part of its strategy to simplify its fleet to reduce costs.

The 47 aircraft ordered nearly equals the amount of Airbus A330s (24) and 767s (24) that remain in the American fleet. The 787 will replace both aircraft types in American’s fleet and replace older 777 aircraft.

We have two excellent partners in Boeing and Airbus, and our relationship with both manufacturers goes back many years.

Both offer specific aircraft that provide us with the right lift on specific missions across our global network, said President Robert Isom.

This was a difficult decision between the Boeing 787 and the Airbus A350 and A330neo, and we thank both manufacturers for their aggressive efforts to earn more of American’s business.

In the end, our goal to simplify our fleet made the 787 a more compelling choice.

Today’s announcement is influenced by our goal to simplify our fleet and reduce the number of aircraft types we operate.

Our prior plan would have had us operating five widebody aircraft types, and with today’s announcement, we will soon reduce that to three, Chief Financial Officer Derek Kerr said.

These new replacement aircraft are consistent with our previous plans for the size of our widebody fleet.

We see significant advantages to carrying common fleet types, including creating less friction in our operation when aircraft swaps are necessary, reducing inventory needs, and creating a more consistent service for customers and team members.”

American also announced that it has deferred the delivery of 40 737 MAX aircraft due between 2020 and 2022.