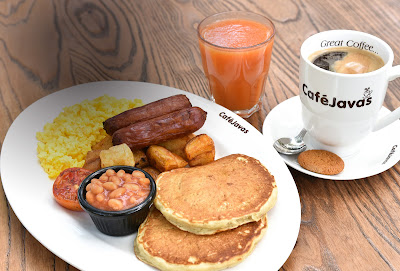 Café Javas’ new outlet, operating under the name CJ’s, is located at the junction of Biashara and Koinange streets.

The firm’s expansion into Kenya raises its rivalry with Java House with which it was embroiled in a trademark war in its Ugandan home market.

Java moved to the Uganda High Court in 2016 after Mandela Group of Companies, which owns Café Javas, successfully objected to the registrar of trademarks’ acceptance of the Nairobi Java House name.

The court gave the coffee house a go-ahead to register name as a trademark and to operate its restaurants.

Justice Christopher Izama last year ruled that no evidence had been produced to prove that customers could easily confuse the two restaurant brands.

Café Javas has seven branches within Uganda’s capital Kampala and an additional outlet at Victoria Mall in Entebbe.

Kenya based Java House has set aside Sh5 billion in a renewed expansion drive over the next five years. About 80 per cent of the firm’s expansion drive will focus on opening more outlets in Kenya.

Artcaffe, which has 12 branches, has been the main competitor for Java House until recently when smaller coffee houses including Kaldis and Connect set up shop locally.

In February this year, the upmarket coffee chain unveiled Artcaffe Fairtrade Coffee Blend from coffee sourced in Nyeri and Machakos to grow its revenue streams.

The product is available at all its outlets for Sh290 served in a French press while a 250 grammes ground box goes for Sh690.

America fast food chain Subway has 12 branches in the region — eight in Kenya, three in Tanzania and one in Uganda.

Java Group will inject up to KSh1 billion in expansion drive this year cementing its place as the number one restaurant chain in the region. 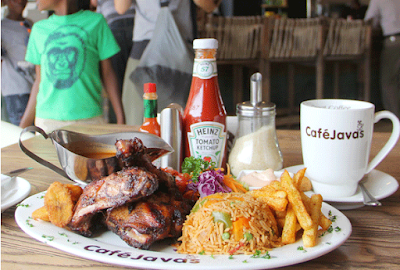 Chief executive Ken Kuguru said the firm would open new outlets in emerging towns and within major cities in the country to grow its branch count and create new revenue streams.

The firm will also simultaneously explore new markets in the East African region but most of the new investments are expected to be in Kenya.

The KFC has 31 branches in the region, 17 of them in Kenya, nine in Uganda and five in Tanzania. Art Caffe has 12 branches in Kenya.

America fast food chain Subway has 12 branches in the region — eight in Kenya, three in Tanzania and one in Uganda.

Mr Kuguru said that 80 per cent of the firm’s expansion drive over the next five years will focus on opening more outlets within the Kenyan borders.

The five-year strategy is estimated to cost the firm up to Sh5 billion.

The 64 branches under the label include 56 coffee outlets. The firm is looking to open at least two outlets of its brands every month.

Java House will invest between Sh500 million to Sh1 billion in new branches as well as advancements in a state-of-the-art central kitchen and commissary facilities,said Mr Kuguru.

Java Group is keen on Meru and Machakos counties, where it will open its first branches of the year.

The expansion drive indicates a shift to the counties after the devolved governments were established in 2013.